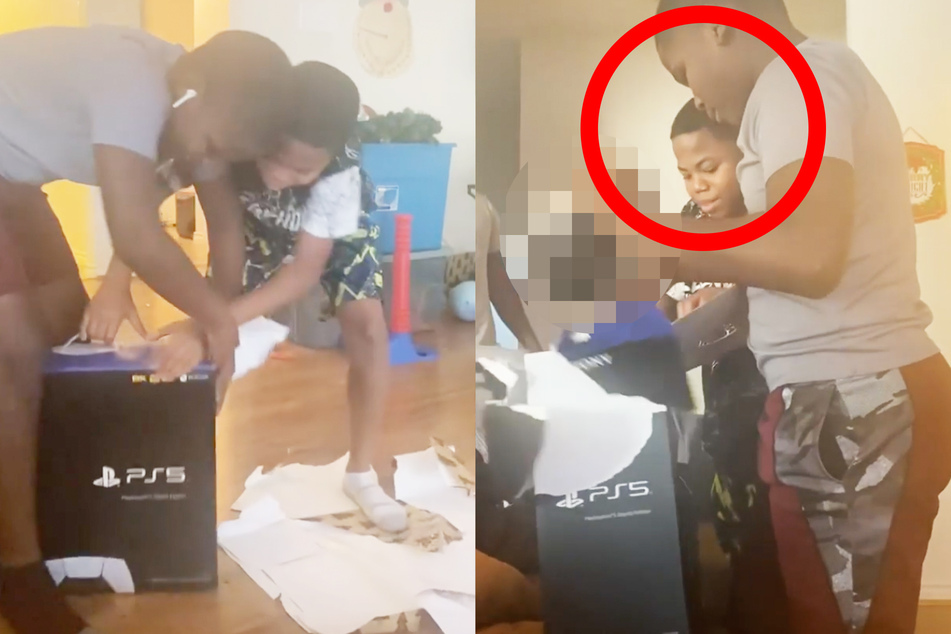 Kids go crazy over PlayStation 5 Christmas present, but then they open the box

This year's Christmas started off the most promising way possible for two teenage gamers from Texas, but things soon took an unexpected – and unwelcome – turn.

Fort Worth, Texas - This year's Christmas started off the most promising way possible for two teenage gamers from Texas. But things took an unexpected – and unwelcome – turn as soon as they unwrapped their early present.

CJ and Jalen, two kids from Fort Worth, Texas, only had one thing on their Christmas wishlist: a PlayStation 5.

So when their father surprised them with a big box, which they were allowed to unwrap a day early, the brothers could hardly contain their excitement.

"We let our teenage, video game obsessed sons open an early Christmas gift and they thought they hit the lotto," dad Corey Lawson wrote in an Instagram post featuring a video of his sons climbing over each other to open the gift.

As they catch the first glimpse of the PlayStation logo, CJ and Jalen break out into screams of joy and start wrestling for the right to be the first to open the box.

After a little scuffle, the teens finally calm down for long enough to start actually opening the box.

Jalen has the honor to take the first peek inside, but as soon as he does, his mood changes abruptly. Now very quiet, the seventh grader pulls out a thick book. His sibling joins in the search, but all he can find is a study pair of boots.

As the boys keep fishing out bits of cardboard and crumpled up newspapers, the rest of the family scream-laughs at the practical joke.

"Even their little sister was in on the prank," Corey Lawson revealed.

It's not clear whether Jalen and CJ woke up to find another big box under the tree on Christmas morning – one that had a more pleasant surprise in it.