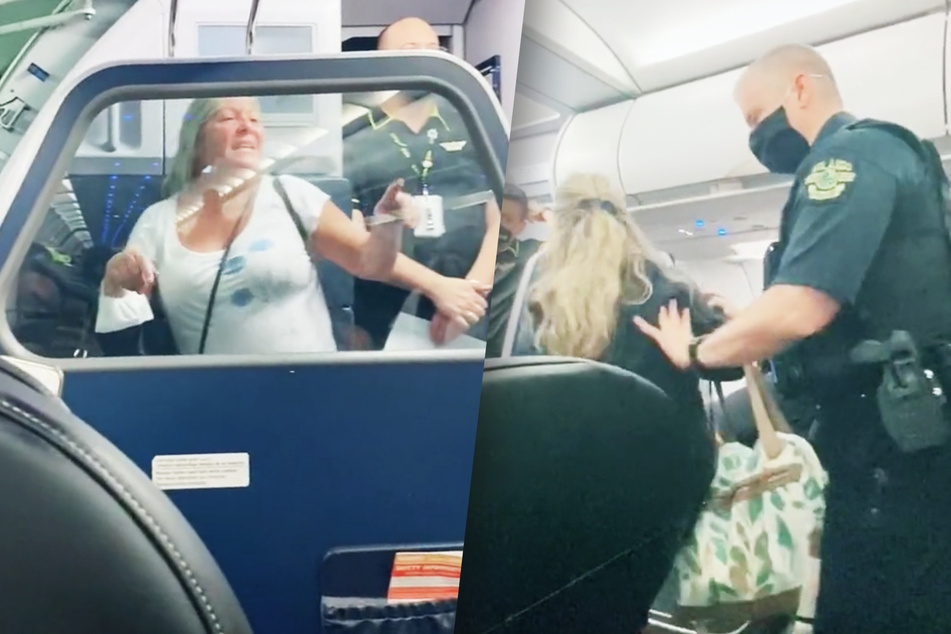 Women claim racism got them kicked off flight after not wearing masks
Aug 25, 2020 4:16 PM

According to two women kicked off a plane, it wasn't their refusal to wear a mask that got them ejected. It was racism.

USA - Two women were kicked off a plane for refusing to wear a mask, but they found a very different explanation.

In the TikTok video, the two women are being ejected by police officers amid loud applause.

Fox News reports that they apparently refused to put their masks on, flouting the rules in place on the Spirit Airlines flight.

The video shows one woman with her mask strapped to her arm, while the other doesn't seem to have one at all.

But the two suspect their trip was cancelled for an altogether more sinister reason: "Racism at its best" is at fault, according to the older woman.

It's difficult to see exactly how racial prejudice might have played part in the removal of the women, who are both white.

Police officers firmly escort the women off the plane

The objectors are not quite done though and get into a spat with the passengers who are filming them.

"You don't understand what's going on here," shouts the older woman, before being drowned out by a chorus of disapproval.

Her companion starts a separate debate with a different passenger but one of  the police officers has clearly had enough and nudges her on.

The video was viewed 2.5 million times over two days.