How to get rid of a wasp nest: Tips for safely removing hives

Are you looking to remove a wasp nest? Are those pesky insects bothering you, or are you allergic? Here's how to safely get rid of a wasp nest.

It's an eerie sound, the buzz that fills the air when a wasp gets inside your home. Unlike bees, which are wish no harm and are vital to the environment, wasps can sting repeatedly and get aggressive. Here's how to get rid of a wasp nest safely and effectively.

Wasps can sting you as many times as they darn-well like. Their stings can hurt and, in some extreme cases, can cause anaphylaxis and even death.

Unlike bees, wasps can also get rather aggressive, as they usually don't die when they sting you.

Wasps build nests, otherwise known as hives, from a paper-like substance that they make from dry wood. Like bees, these nests are then used to house the queen, her larvae, and fully-formed wasps. They can be big or small, and are often built in incredibly inconvenient locations for us humans.

While the nest is not dangerous to us, the insects that live inside can be. You will want to get rid of it and safely relocated it. In this guide, we'll explore how to get rid of a wasp nest safely, and how to prevent them from being built.

Should you kill wasps or remove wasp nests?

Wasps might be nasty little buggers, with a great big stinger and a lot of bitterness, but that doesn't mean that you should be going around killing them. Now, feel free to wave them away when they start to hassle you, but there's no need to kill them.

These little insects actually play a rather important role in the ecosystem, eating numerous pests. In addition, wasps are actually eaten by various animals, notably birds, and because of this, are sometimes considered a food source themselves.

Ultimately, though, if you are allergic to wasp bites, and they can pose a very real danger to your life. Wile it's best to avoid killing them, it is most important to keep yourself safe.

How to safely get rid of a wasp nest

If the wasp nest is posing a danger to you or a member of your household, it should be removed. The issue, though, is that wasp nests are dangerous to relocate, as they often have thousands of wasps living inside. If you start moving the thing, the wasps inside could attack you immediately.

There are a variety of different ways to get rid of wasp nests, some more effective than others. Our number one recommendation is to contact a professional.

Mosquito bites: How to ditch the itch and heal fast 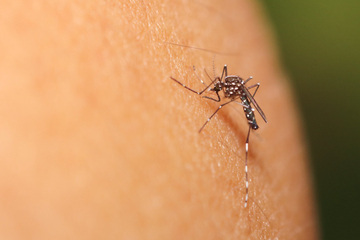 Keeping raccoons away: How to get rid of the little rascals 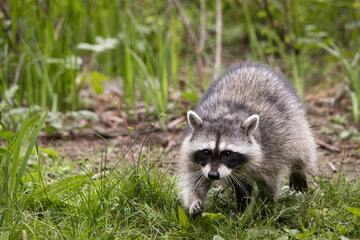 How to clean a leather couch: Tips and tricks for leather care 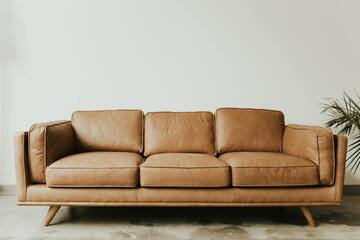 How to clean vinyl floors: Tips for deep cleaning goodness 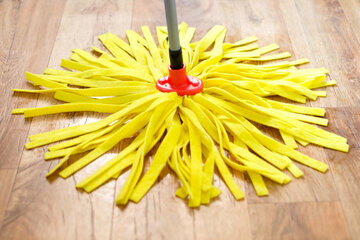 Removing wasp nests: Doing it yourself

We do not recommend removing a wasp nest yourself. While it is possible, private households generally lack the needed protective clothing and equipment for getting the job done. Without this clothing in particular, wasps will be able to get into your clothes and sting you. Considering how many wasps there may be, this could be extremely dangerous to your health.

You can, however, remove an abandoned wasp nest yourself, or perhaps a nest which only has one wasp building it. This should be done only once it has been established that doing so poses no risk to your health or the health of a loved one. Make sure that you have a clear escape route organized.

When removing a wasp nest that is abandoned or only has one wasp, spray it with insect spray and step away to make sure no wasps are going to attack you. Once the singular wasp who's building it has died or flown away, or once you know there's no wasps inside, you can knock it down and dispose of it.

When is it safe to remove a wasp nest yourself?

If you insist upon removing a small or seemingly abandoned wasp nest yourself, it is best to remove it around sunrise or dusk in autumn or winter. This is when wasps are less active, and you can greatly reduce your risk of being attacked.

You can fight active wasp nests with a variety of chemicals, but the best are specific foams or sprays that have been designed to kill wasps. These insecticides and poisons can be placed in the openings of the nest to kill the wasps living inside.

Alternatively, contact poisons can be used. These will be picked up by wasps who are flying around and then brought back to the nest. Here, the contact poison will spread to all the other wasps including the queen and the hive will slowly die off.

Fumigation is not a good idea, and neither is fire, as wasp nests are very flammable.

Before killing off a population of wasps, you should check with a professional and get their opinion. If you can afford it, this professional should then be hired to remove it themselves.

How to remove a wasp nest: Relocating the wasps

It can be very expensive to relocate wasps, but it is by far the most humane and environmentally friendly way to deal with them. This method, however, can truly only be performed by a professional in full protective clothing. If a wasp nest is in need of relocating, then it is likely full of wasps and highly dangerous.

The relocation process involves the sucking of all wasps into a special device, followed by the removal of the nest and it being placed into a trap box. After this has been done, the wasps and the nest are transported to a natural location that is at least 3 miles away.

Removing a wasp nest: Can you pay to have it removed?

According to sources, you can expect to pay anywhere between $100 and $200 for a basic wasp nest removal. The price will vary, however, based on a number of factors.

For urgent cases, some pest control companies actually offer an emergency service. This does, however, usually cost more. You should, of course, get a full quote before agreeing to have a wasp nest removed professionally, so that you understand what you are financially getting yourself into.

While it may seem very pricey to have a wasp nest removed professionally, this is the best option, as it is the one that poses the least risk to health and often the least disruption to the wasps. Of course, if the nest is tiny and there are no wasps in it (or very few), then you can remove it yourself. If not, though, seek professional help.

How to prevent a wasp nest from forming

From the beginning of spring, a queen wasp will begin looking for an ideal spot to place a wasp nest. She will then begin to build it, using little bits of wood to form a cone-shaped nest that will slowly grow.

If you don't want a wasp nest around, this is the best time to stop them from being formed, as you can more easily deal with one wasp and the queen will also be away from the nest regularly.

In the case that you witness a queen begin to build her nest, you can destroy or remove it easily at the beginning. This is the most effective way to prevent an out-of-control infestation.

Don't kill wasps, get rid of them safely

Killing wasps with chemicals might be quick and cheap, but it's terrible for the environment and, unless it kills them instantly, it can enrage them into attacking even more angrily. Instead, we recommend contacting a professional and having them relocate your wasp nest to somewhere more convenient.

Wasps are not inherently bad, even if they are a pain and can seriously hurt you if you are allergic. That being said, it's not safe to have a wasp nest near your home, so it is fair enough to have it removed. Use a professional, especially if the hive is a big one!

More on the topic Guide: