Do dogs remember and recognize their siblings or parents?

Do dogs recognize their siblings or parents after being apart? Or is canine memory closer to goldfish than to elephants? Find out with TAG24's dog guide!

To us humans, it might seem strange that dogs leave the safety of their parents and siblings so early and so young. After fleeing the nest, though, do our dogs remember their siblings and parents. Will they even recognize them again? Or is canine memory closer to goldfish than to elephants?

As sad as it may sound, doggos are used to a very short family life. Every dog is instinctively prepared for what's to come within a few weeks of their birth. Indeed, a couple of weeks enjoying the care of their mother and the presence of their brothers or sisters is all they get. After that, they're off into the great unknown. It's no big deal.

The question, though, is whether they still feel sad or even remember their family. Do they recognize their siblings? What about their mother? Do male dogs even know they have offspring?

Welcome to the wild world of dog families. Are you ready to ponder a puppy?

In this dog guide, TAG24 will untangle the mysteries of canine relationships and find out whether a dog's memory closer to goldfish than to elephants.

Can dogs recognize their siblings?

According to Joe Nutkins, an expert in dog training, dogs can recognize their siblings even years after parting ways. This depends on a number of factors, however, including the amount of time that they spent together as puppies, and how long it has been since they flew the coop.

A study published by Canine Cottages and reported on by The Mirror reveals that dogs will recognize their siblings only if they were allowed to stay together for at least sixteen weeks when they were puppies. In other words – if you want your pups to remember each other, don't separate them too soon!

It might seem that dogs are pretty chill about being separated from their family, and in many ways that's true, but they still have a very strong bond towards one another.

As Nutkins told the Mirror, "[Littermates] develop a very close bond in their first few weeks together, and it takes a great deal for that bond to be broken."

He added: "When families have two puppies from the same litter, they can do everything with the puppies separately, but they will still gravitate to each other at any opportunity, and a big part of this is because of their close bond since birth." 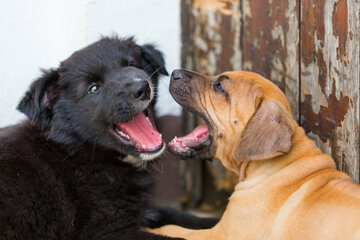 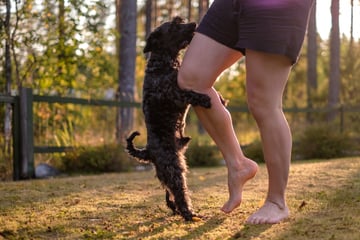 How to take care of older dogs: Tips for managing senior pups 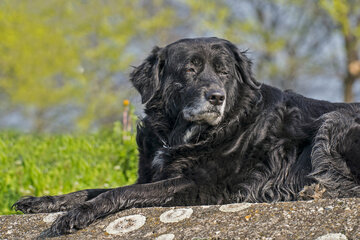 Why do dogs pant? Heres how to calm a heavily breathing pup 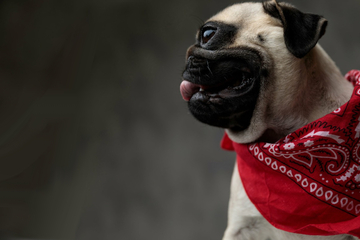 How long do dogs remember their siblings for?

While doggos do remember and recognize their siblings if they spent a decent amount of time with them at birth, that memory won't last forever. In the end, if you want them to have a close relationship with their brothers and sisters, you're going to need to keep them close by and familiar with one another.

At the very least, the dogs will need to meet each other again within five to seven years. The more time that drags on, the less likely they will be to recognize each other.

Do dogs recognize their parents?

According to a 1994 study by academic Peter G. Hepper, dogs who had not been separated from their mothers until at least eight to twelve weeks were able to recognize their mothers after two years of continuous separation.

A dog's relationship with its mother is also extremely important for socialization and training, so for prospective owners, it's worth making sure that this "childhood" lasts a bit longer.

Do dogs remember their puppies?

A dog mom will need to spend at least 12 to 16 weeks with her puppies, but after that, she will have a bond with those kids for many years to come. Unsurprisingly, the longer they stay together, the more likely they are to remember and recognize their young down the line.

"A mother would be likely to recognize her offspring for up to a few years, and her puppies would recognize their mother’s pheromone scent for years," Nutkins said.

Female remember their puppies even years after they were separated. The catch, though, is that they get those three to four months together first.

Do male dogs remember their puppies?

Dad dogs, on the other hand, are the complete opposite. Males don't recognize their puppies and they essentially have no paternal instincts. At best, they may recognize the scent of the mother on her puppies and form a curiosity through that smell. This is backed by Nutkins' research.

Interestingly, male dogs will often look down on puppies and treat them as such. They may even get protective of them, but that's more out of a need to be the "alpha" in the pack, rather than a need to be a good father.

Do dogs miss their mum and siblings?

It's impossible to say whether dogs experience recognizable feelings of missing their parents and siblings. Dogs will grieve the death of a pooch-partner, though, so it is not beyond the realm of possibility that they could have other human-like emotions too.

According to VCA Hospitals, if a dog is mourning it will often become clearly depressed and listless, may lose its appetite and may sleep far more than usual. In the case that your puppy shows these signs after being separated from its mother and siblings, it could potentially mean that your doggo is experiencing separation.

Whatever the case, though, dogs will certainly remember and recognize their mother and siblings well into adulthood.

More on the topic Dog Guide: