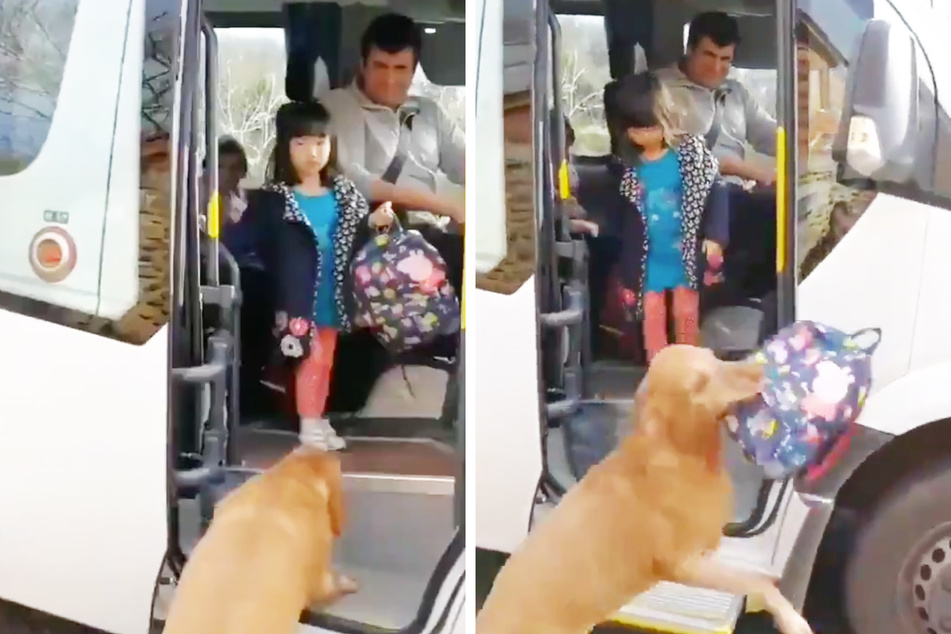 Schoolgirl gets a little help from her adorably dedicated dog

This dog quickly became an internet star, thanks to its incredibly helpful attitude.

Internet - This dog quickly became an internet star, thanks to a video of its incredibly helpful attitude.

The video, which is about 15 seconds long, shows a dog that appears to be waiting for a little girl to exit a bus.

The dog can barely contain its excitement and barks and wags its tail, announcing its presence. The girl then shows up at and immediately hands out her four-legged friend a colorful backpack that she is carrying.

The pooch happily picks up baggage and the runs out of view, clearly proud to be helping out. The bus driver is noticeably amused at his passenger's furry valet.

The clip was posted on the Twitter account The Feel Good Page. It ends with the girl's mother, who is filming the scene, telling her to say goodbye to the bus driver, which she promptly does, turning around and giving a sweet wave.

The dog also ambles back into the frame and seems to give the driver a curt  nod.

The clip of the backback carrying dog

The tweet included a message that most people agreed with in the replies: "We don't deserve dogs". After almost 28,000 views and plenty of delighted comments, everyone agreed that the little girl is lucky to have such a loyal buddy.