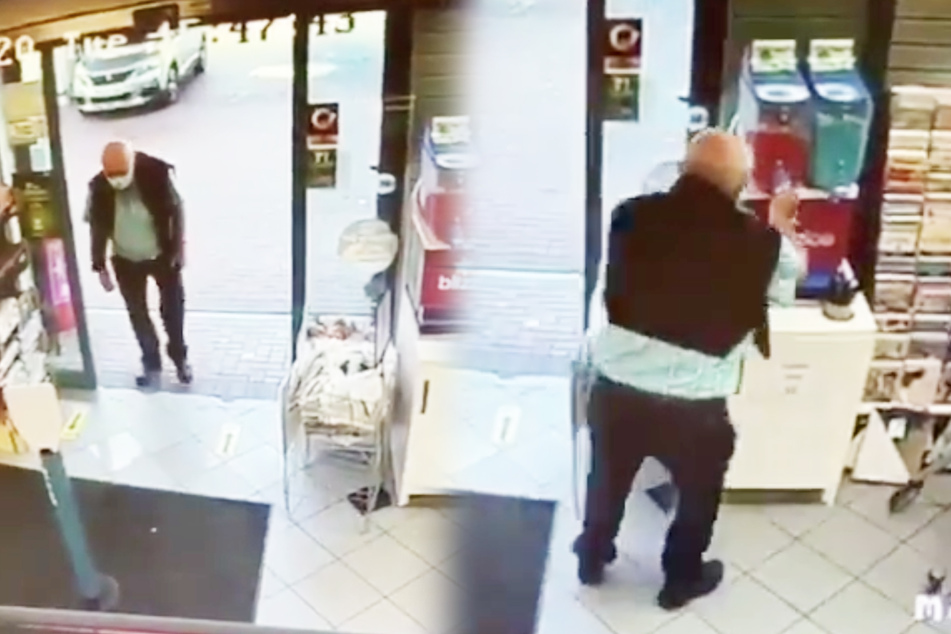 A man walked intp to a store and mistook the slushy machine for something else.

Internet - A senior citizen wanted to disinfect his hands after entering a store, so he went straight for the tub of red liquid near the entrance. And even though it wasn't sanitizer he was pouring on his hands, the internet gave him an "A" for effort.

One good thing to come out of the coronavirus pandemic is that people are taking hand washing more seriously. When they're out and about, the first thing many do when they walk into a store is look for the hand sanitizer dispenser.

Nowadays, disinfectant stations are usually found near most shop entrances.

That makes it easier to understand why the elderly subject of a viral video does what he does.

In the Twitter clip, the man walks into the store and immediately looks around for a sanitizer dispenser. He soon spots what seems to be a station at the entrance.

The senior shuffles towards it and pours out some of the red stuff, then vigorously rubs it in. He's clearly been paying attention to the all the hand washing recommendations, but no so much to what he's using – a slushy dispenser!

The video of the man's gaffe somehow made it online and while users are amused, they are also applauding the man's intentions.

It could happen to us all when were old

Users on Twitter and Reddit, where the clip was posted, had a lot of praise for the video's star. Most think he behaved in an exemplary manner, despite his sticky mistake.

One of the thousands who watched the video on Twitter commented, "Bless him, at least he’s trying to take some form of precaution." Another Twitter user celebrated the man's effort by saying, "And hey, he's doing his best and thinking about other people."

Others started thinking about their own future experiences with old age: "I try to imagine my life when I’m 80-90 and have no idea what the f*** technology will be like by then. I’d be this guy trying to scan my retinas in a slushee machine."