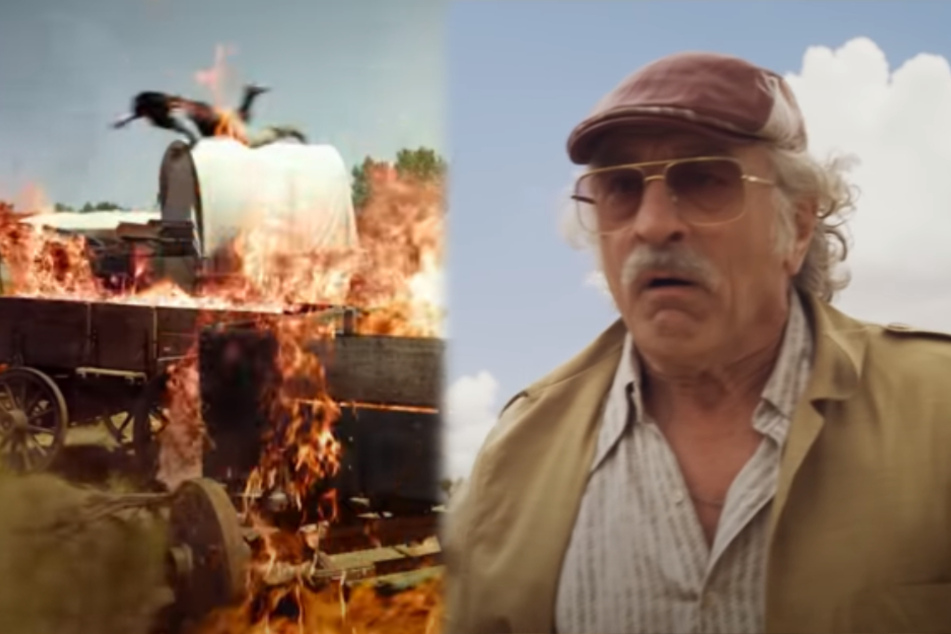 Robert De Niro returns to movie theaters in November playing an incompetent film producer. Will The Comeback Trail be the action comedy of the year?

The two-time Oscar winner (Raging Bull, The Godfather II) plays an aging, greasy-haired producer who desperately needs to raise money to pay off his debts to a mafia boss (Morgan Freeman).

His plan is fiendishly simple: hiring a washed-up Western star (Tommy Lee Jones), killing him during the production, and collecting the insurance money. It's not a movie for the faint-hearted insurance broker.

The film is directed by George Gallo is scheduled to hit the nation's theaters on November 13.

This isn't the first collaboration between director and lead actor. In 1988, Gallo wrote the screenplay for the buddy cop comedy Midnight Run, in which Robert De Niro played a bounty hunter.

The 77-year-old De Niro has been in the news recently after fellow-actor Mickey Rourke (67) lashed out at him with in angry Instagram post. Rourke claims he could have had a part in The Irishman (2019) and accuses De Niro of talking the producers out of it.