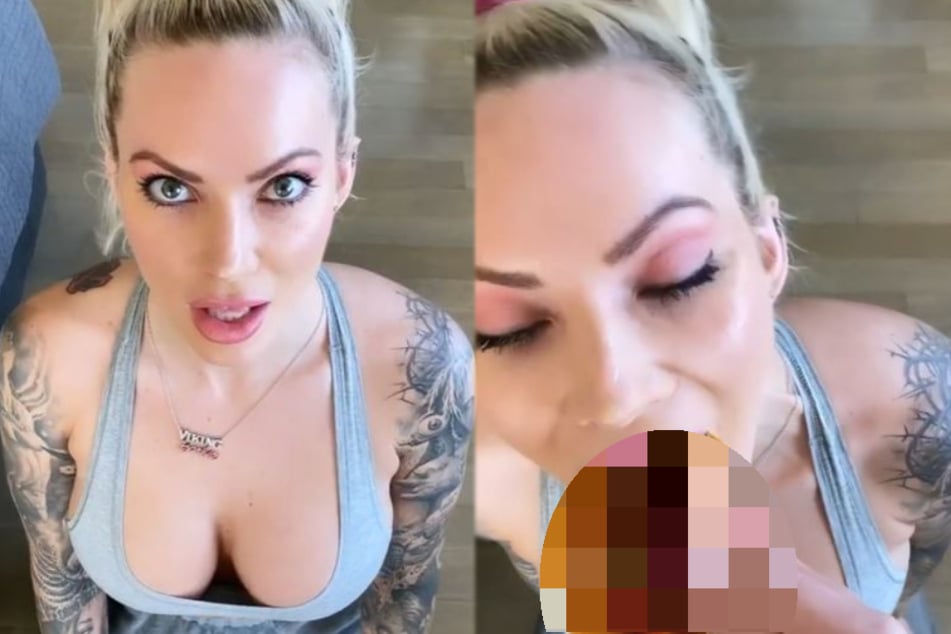 Viking Barbie opens her mouth for a large sausage

Los Angeles, California - Kayleigh Swenson, known as Viking Barbie, just found a new way to tease her fans. In her latest clip on Instagram, the former Playmate gets down on her knees.

The blonde regularly makes her fans drool over sexy photos, but she might just have outdone herself in her latest video.

In the short clip, she kneels in front of the camera, fixes her ponytail and opens her mouth. As she slowly bends over with her tongue out, it's quite clear what's about to happen.

She moans and rolls back in pleasure her eyes as she wraps her lips around a ... hot dog. Obviously it's just a hot dog – anything else would have gotten her banned from the prudish Instagram at lightning speed.

Over 200,000 user liked the video as of Wednesday evening, and their reactions were, of course, overwhelmingly positive.

Some comments show the effect she has on her fans:

This partly explains why Viking Barbie has an incredible 7.4 million followers!