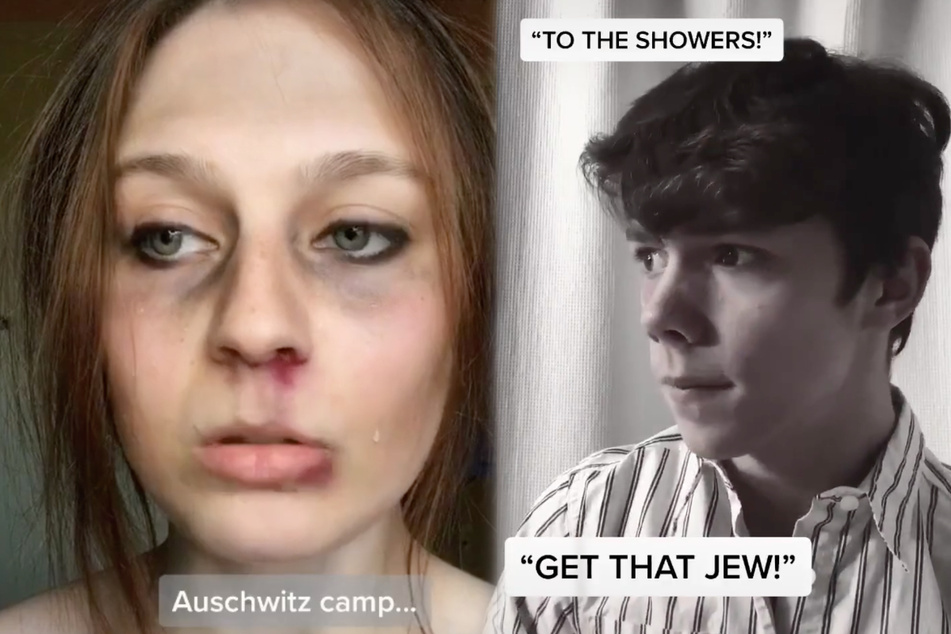 Is this the most disturbing trend on TikTok? Young people dress up as Holocaust victims
Aug 25, 2020  3:46 PM

Is this the most disturbing trend on TikTok? Young people dress up as Holocaust victims

"Cause of death: I was put in Auschwitz camp" - this is how one of the many TikTok videos in which young people pretend to be concentration camp victims begins.

Internet - "Cause of death: I was put in Auschwitz camp": a line from one of the many disturbing TikTok videos in which young people pretend to be concentration camps victims.

There have certainly been a lot of strange trends on the TikTok social media app, but this one is probably the most inexplicable. Some young users are pretending to be concentration camp victims relating their experiences of the Holocaust.

The videos feature teenage girls posing next to the Star of David and re-enacting life in the Nazi ghettos in 1941.

In one video, a boy lip-syncs to the song Locked Out Of Heaven by Bruno Mars. There is a sudden cut and the image turns black and white, as the boy appears in a striped prisoner's uniform, alongside the captions "Grab that Jew!" and "To the showers!".

Other "artists" wear make-up designed to make them look sickly and starving while they tell tragic stories from the extermination camps.

Both on TikTok and on other social media networks, these videos are now drawing heavy criticism.

Twitter user Patricia recently put together a thread cataloging examples and said that these "Holocaust costumes" make a mockery of the murder of millions of Jews and other minorities.

Many of these videos have since been taken down, but plenty are still online under the hashtags #heaven and #holocaust on TikTok.

"It trivializes history and dishonors the victims."

But cosplaying as victims of the Nazi regime is more than just baffling.

In an article published by Insider, Diane Saltzman, a director at the US Holocaust Museum, recently explained that re-enacting Holocaust experiences dishonors the memory of those who died, insults the survivors and trivializes history.

It seems these are secondary concerns to some creators who are more concerned with displaying their dubious acting abilities.