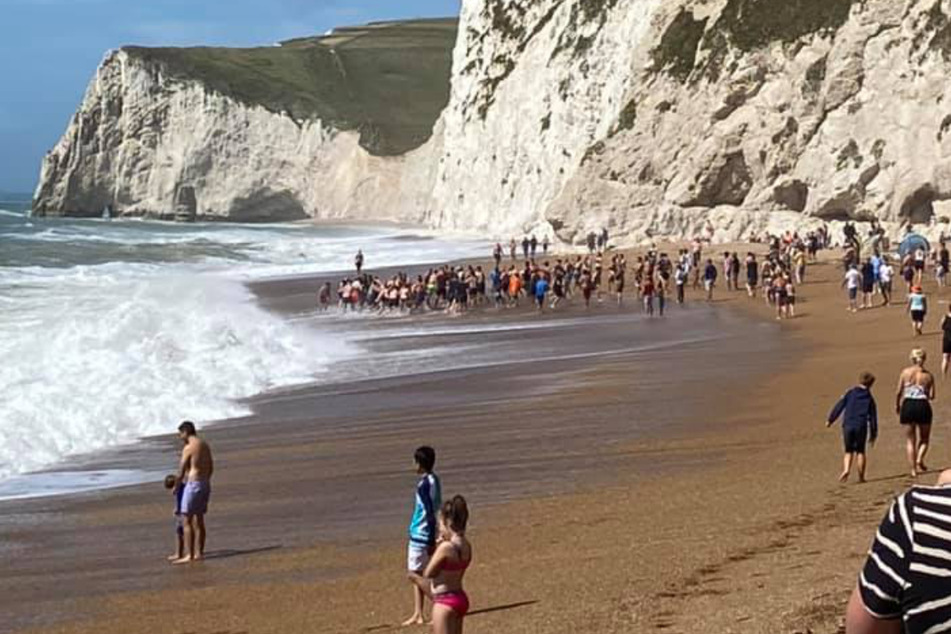 What a rescue operation! A group of beach goers in England banded together to save two swimmers in distress.

Durdle Door, UK - What a rescue operation that was! A group of English beach goers a risked their own lives and banded together to save two swimmers in distress.

According to the Lulworth Coastguard, one swimmer got into some serious trouble on Thursday afternoon.

He had obviously underestimated the high waves, which were intensified by the storm Ellen passing over Great Britain.

A combination of strong winds, the merciless current and high waves meant the man was unable reach the safety of the Durdle Door beach on his own.

Reacting to his cries for help, beach goers banded together and formed a human chain to rescue the distressed swimmer.

Meanwhile, one person decided to launch a solo mission and jumped straight into the water. But it all went wrong and soon there were two people in serious trouble.

According to media reports, 20 to 30 people were involved in the human chain and in the end everyone was successfully rescued.

In a Facebook post, The Lulworth Coastguard expressly warned all visitors of the English coast to stay out of the water at this time.