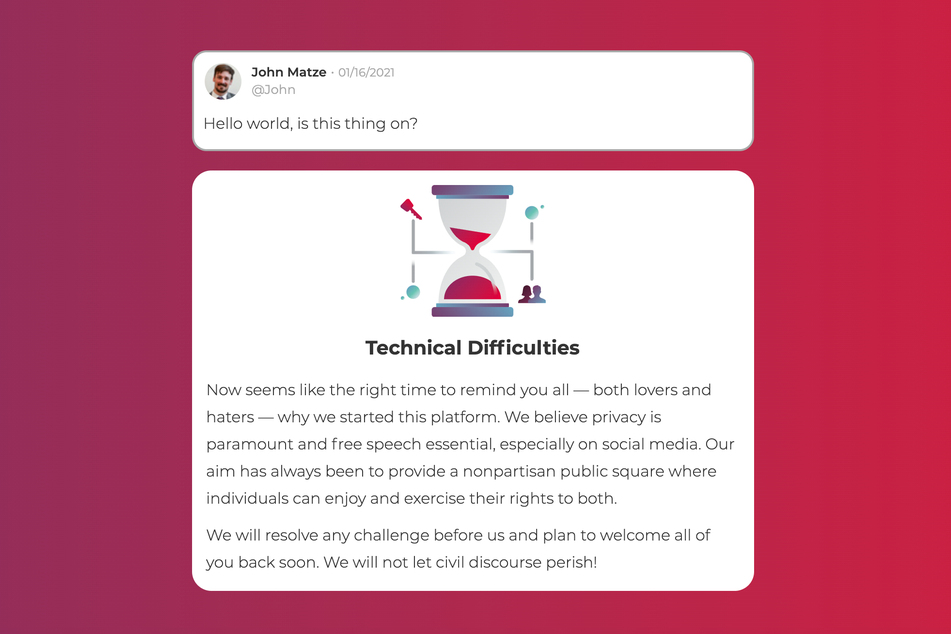 Parler website comes back online with message for "lovers and haters"

Parler, the social media app popular with right-wing groups, returned to the internet Sunday afternoon with a message for the company’s "lovers and haters."

Henderson, Nevada - The website for Parler, the social media app popular with right-wing groups, returned to the internet Sunday afternoon with a message for the company’s "lovers and haters."

"Now seems like the right time to remind you all – both lovers and haters – why we started this platform," the message reads.

"We believe privacy is paramount and free speech essential, especially on social media. Our aim has always been to provide a nonpartisan public square where individuals can enjoy and exercise their rights to both. We will resolve any challenge before us and plan to welcome all of you back soon. We will not let civil discourse perish!"

Parler, which refers to itself as a "free speech" alternative to Twitter, was booted out of the Apple App Store and the Google Play store and kicked off of Amazon Web Services last week after the January 6 Capitol riot in Washington, D.C.

According to CNN, Parler is now hosted by Epik, which supports Gab and 8chan, which are popular among far-right groups because of their lax moderation standards.

Parler filed an anti-trust lawsuit against Amazon last week after AWS cut off Parler’s service, but Amazon fired back, defending its decision because Parler had shown an "unwillingness and inability" to remove violent content.