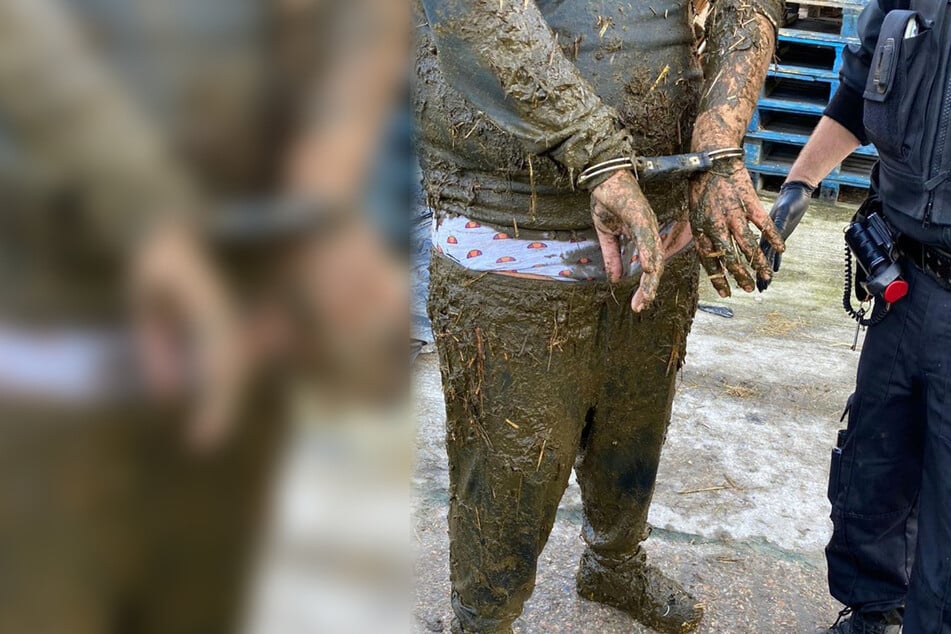 This police chase ended with officers rescuing the pursued from a pit of cow poop.

Sussex, United Kingdom - A police chase in the UK ended with officers rescuing the pursued from a pit of cow manure.

On their Facebook page, Sussex police joked that it wasn't this person's "lucky day."

Not only was this passenger of a stolen car caught while trying to evade the cops, he was arrested "neck-deep in a pit of slurry."

Apparently, the man accidentally fell into a pit full of manure while trying to escape. The police published a picture of the unfortunate criminal. It shows him in handcuffs, completely covered in green-brown manure mixed with bits of hay.

The Sussex Police's Facebook post stated that the man was rescued from his foul trap by "determined officers." All involved were unharmed, but also "covered in cow poo."

The Facebook post generated a stream of funny comments, making it clear the joke was on the poor lawbreaker.

One user noted that if things weren't bad for this guy during the chase, they certainly were now: "He was definitely in the [poop emoji] wasn't he!! Gonna be a memorable case that one."

Another commenter wrote, "He thought he could make a clean getaway." Another was impressed that the arrested man's underwear still appeared to be clean: "Looks like his pants almost made it unscathed!!" Others just hoped that someone got rid of the smell before taking him in: "I too REALLY hope someone hosed him down before transporting him."

One thing is clear: stepping into poo really didn't bring this man any luck.