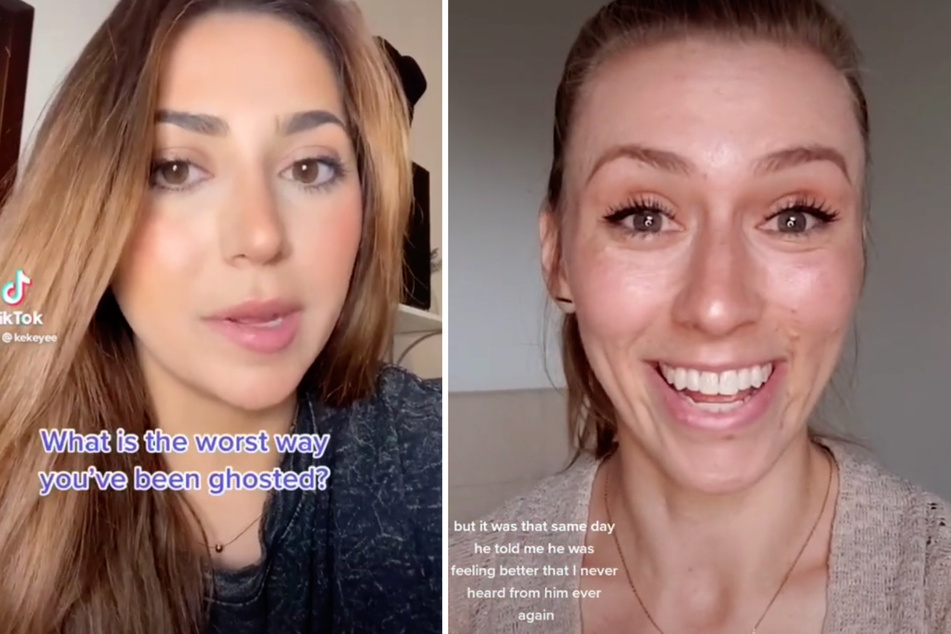 Man fakes death from Covid just to break up with his girlfriend!

For days a young woman was worried sick - then she learned that she had been deceived for years: Her boyfriend was not who he said he was!

Internet - In a viral TikTok video, one woman shared that she was worried sick for days - then she learned she had been deceived for years.

In a short clip, TikTok user kekeyee asked her followers to unpack their worst stories about ghosting.

Ghosting involves suddenly breaking off all contact without any notice. Simply put, it's a particularly cowardly way to give someone the boot.

While a number of crappy actions swiftly accumulated under "kekeye's" video, young Kathryn took the cake with her contribution on Thursday!

"This sound was made for me," the blonde quipped before she began to share her crazy breakup story - taking the breath away of one or two people.

You see, Kathryn dated someone she thought was her absolute dream man for two years, "I thought we were going to get married and I would have his babies," she said.

However, when the coronavirus struck last year, he suddenly wasn't feeling well and told his sweetheart that he feared he had contracted the virus.

Kathryn's boyfriend even said he was thinking about going to the hospital because he felt so bad.

"But miraculously, he said he was starting to feel better," she said. But after sending her the good news, she got nothing back from her boyfriend for days except radio silence.

Fearing the worst, Kathryn immediately began calling all the local hospitals. When that led to nothing, she finally decided to report her partner missing to the police – and learned some horrifying news in the process.

"Do you know what they told me?" asks Kathryn, still stunned, "They told me my boyfriend didn't exist."

So not only had the man ghosted her by faking his own death, he had also kept his true identity from her for over two years.

On TikTok, kathrynverb's followers are completely beside themselves, sharing all kinds of possible scenarios: "This son of a b**** is definitely married," and others agreeing with that theory, especially if he suddenly had to work from home, as he would no longer be able to lead a double life.

Whether that's true or not, Kathryn will probably never know, but one of her followers tried to cheer her up, writing, "Look on the bright side, maybe he just lied to you about his name and is really dead."