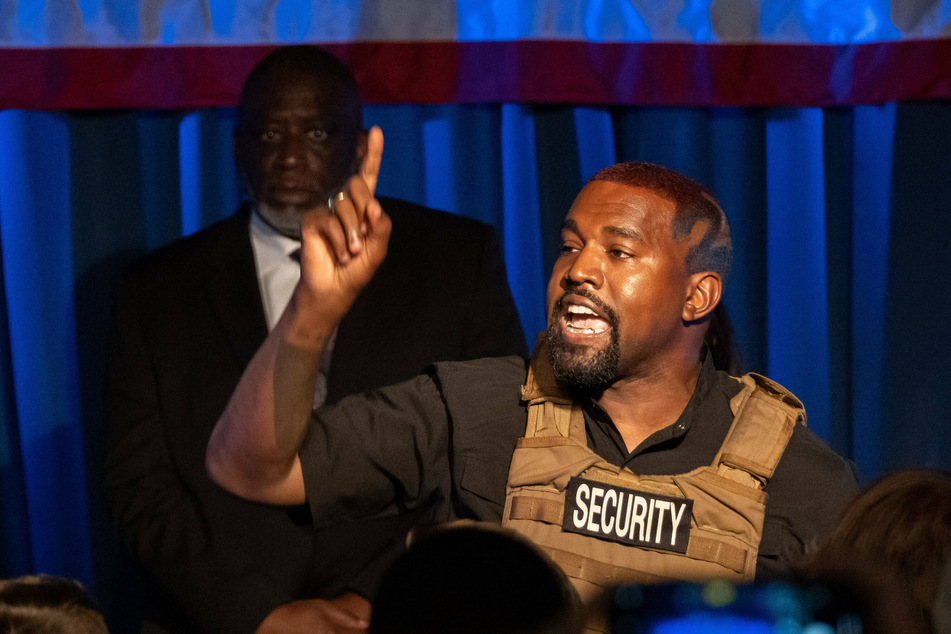 In his first presidential campaign ad, Kanye West calls for voters to write in his name on ballots and makes a faith-based pitch.

New York, New York – With three weeks to go until election day, and as early voting is already under way in several states, professed presidential candidate Kanye West is calling for voters to write in his name in his first campaign advertisement.

West (43) who has been kicked off the ballot in a number of states despite the efforts of Republican operatives, referenced the write-in campaign on October 9, in a tweet that showed a picture of a ballot with his name written in.

This was in spite of the fact that West is on the ballot already, as the vice presidential nominee of the American Independent party, and that such pictures are illegal in multiple states.

In the campaign ad published on his Twitter account on October 12, the rapper delivers a speech in front of a black and white US flag: "America. What is America's destiny? What is best for our nation, our people? What is just, true justice? We have to think about all these things together as a people. To contemplate our future, to live up to our dreams, we must have vision."

To a montage of various images – ranging from smiling people to firefighters – West continues: "We as a people are called to a greater purpose than ourselves. We are not only a beacon to the world, but we should be servants to each other – to encourage each other, to help each other, to lift up each other, our fellow Americans, that we may all prosper together."

The theme of religion looms large in the video: "We have to act on faith with the sure knowledge that we are pursuing the right goals and doing the right things. We will build a stronger country by building stronger families. Families are the building blocks of society, of a nation. By turning to faith we will be the kind of nation, the kind of people, God intends us to be."

West, who claims to be running under the Birthday Party, ends by encouraging voters to "write in Kanye West."

Kanye West has polled in the low single digits on the occasions when he has been included in polls.

If West were to win as a write-in candidate, he would join the likes of Strom Thurmond, who was elected to the US Senate in 1954 following a successful write-in campaign. Thurmond ended up serving until 2003.