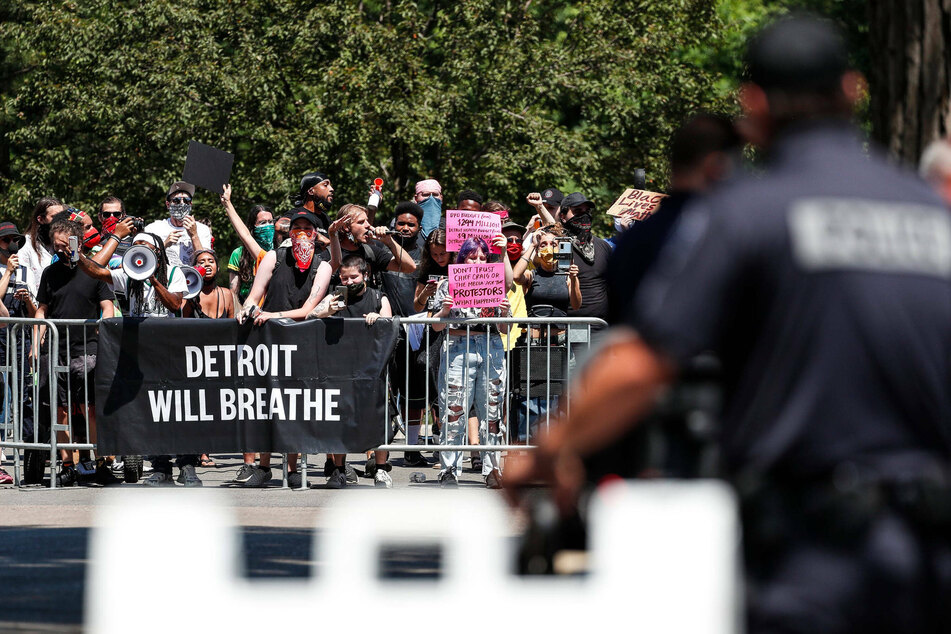 The City of Detroit claims Black Lives Matter protesters are involved in a "civil conspiracy."

Detroit, Michigan – The City of Detroit claims Black Lives Matter (BLM) protesters are involved in a "civil conspiracy," according to a countersuit leveled against the activist group Detroit Will Breathe.

The decision came after protesters won a temporary restraining order against Detroit police in September. The lawsuit detailed numerous accounts of police violence against protesters during demonstrations sparked by the death of George Floyd.

In the countersuit, the city denies all accusations in Detroit Will Breathe's original suit, instead alleging that protesters "repeatedly turned violent, endangering the lives of police and the public," The Intercept reports. For that reason, the city says protesters' activities do not merit First Amendment protections.

The city levels accusations of its own: demonstrators purportedly injured police officers during protest activities, but no details are provided to explain how those injuries came about. Only two examples are given to substantiate allegations of property damage. The suit further claims that BLM protesters "defamed" the mayor and law enforcement and that the city should receive damages.

In a November op-ed for the Detroit Free Press, Democratic Representative Rashida Tlaib described the city's action as "an unthinkable assault on constitutional rights."

BLM activist Tristan Taylor told The Intercept: "These attacks against us are a way of attempting to minimize our ability to go on the offensive and call for transparency and accountability."

Though many groups filed lawsuits against their local administrations for police responses to BLM protests, the City of Detroit's countersuit is the first of its kind.