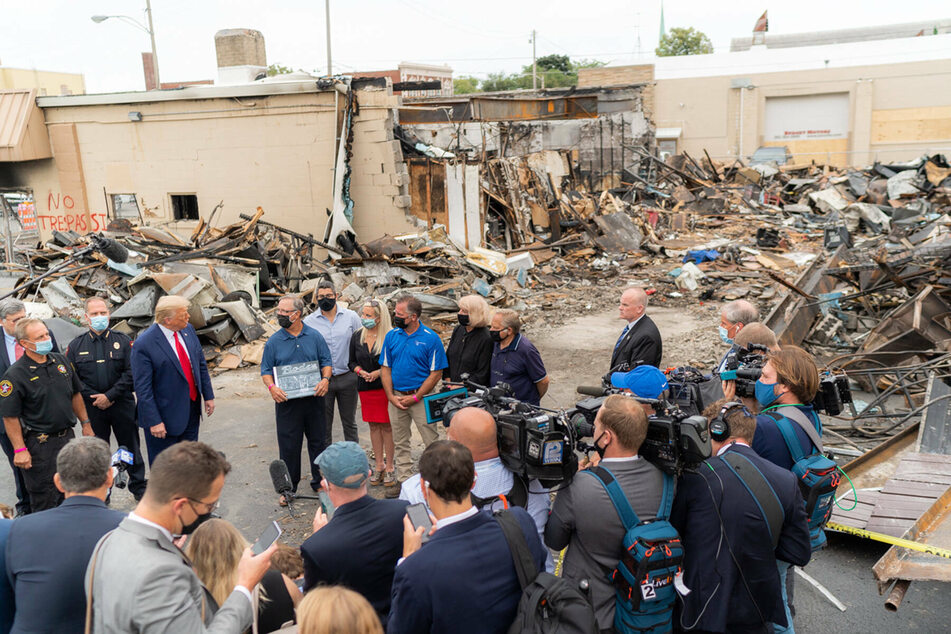 President Donald Trump traveled to Kenosha after the police shooting of Jacob Blake, which shook the city to its core.

Kenosha, Wisconsin - President Donald Trump travelled to the city of Kenosha on Tuesday, which has been shaken by protests after a police officer shot a Black man in the back.

The president's convoy passed a crowd of both Trump supporters and demonstrators protesting against racism and police brutality.

Trump (74) surveyed damage from the protests, some of which were violent, and met with local law enforcement representatives and a few local businesses.

Kenosha has been rattled by unrest that Trump called, "anti-police and anti-American riots." He also said, "these are not acts of peaceful protest but, really, domestic terror," and promised $4 million to rebuild damaged businesses in Kenosha.

The protests erupted after 29-year-old African-American Jacob Blake was seriously injured by police. A video shows police officers following Blake around an SUV with guns drawn. As Blake opens the driver's door and leans in, shots are fired.

The video had caused nationwide outrage.

Members of the Blake family refused to meet with Trump. He continues to condemn the violence of alleged left-wing radicals and said of the video showing the shooting of Jacob Blake, "It looks bad."