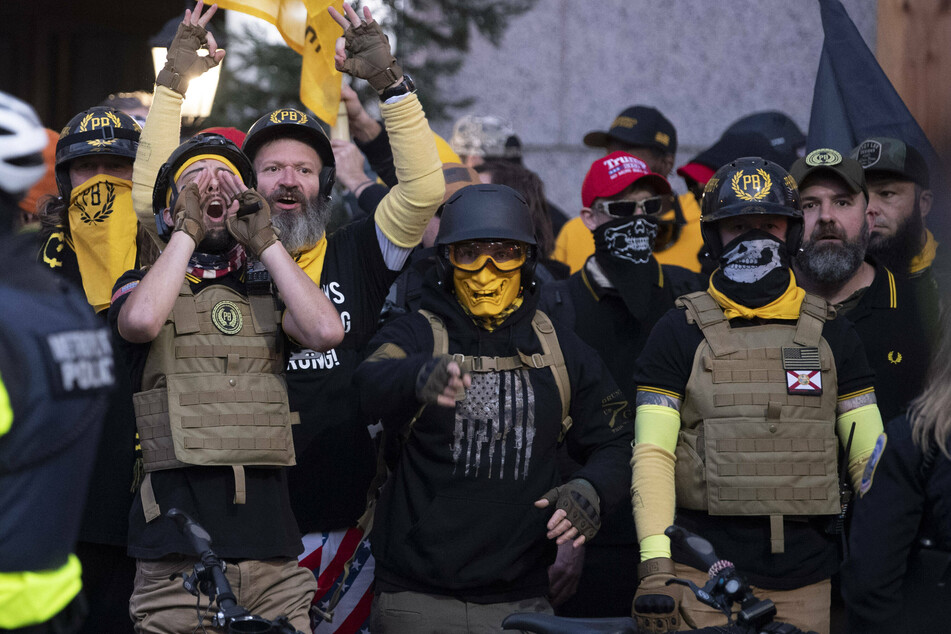 Two members of far-right group the Proud Boys have been indicted in connection with the storming of the US Capitol building earlier this month.

Washington DC – Two members of far-right group the Proud Boys have been indicted in connection with the storming of the US Capitol building earlier this month, prosecutors said on Friday evening.

The US Attorney's office in the District of Columbia said that the two New York men, aged 31 and 43, were accused of conspiracy, civil disorder, and unlawfully entering restricted buildings or grounds, among other charges.

The 43-year-old faces additional charges including robbery of personal property of the United States; assaulting, resisting, or impeding officers; and destruction of government property.

The two men were initially arrested on January 12 and January 15 and are members of the nationalist Proud Boys, according to the charging documents.

A violent mob of supporters of then-president Donald Trump attacked the Capitol building in Washington on January 6 following one of his rallies, leading to the death of five people.

Lawmakers have accused Trump of inciting the insurrection, which led to the former president facing an unprecedented second impeachment trial.

The Proud Boys gained national prominence following the first US Presidential debate in October, when Trump spoke directly to the group and told them to "stand back and stand by."