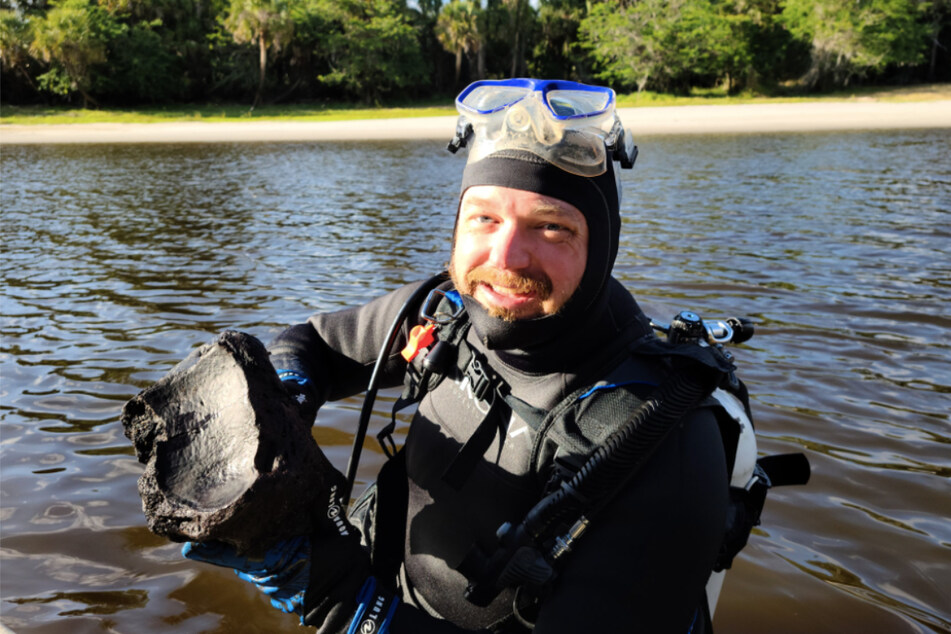 Hitting the Holy Grail: Florida divers risk their lives to discover a once-in-a-lifetime find
May 3, 2021 8:49 PM

The divers risked meeting their fate with an alligator to make one of the rarest finds.

The paleontologists tried their luck when they went diving in the dank Peace River in Florida.

Finding fossils underwater is dangerous. The divers not only chanced an encounter with alligators, but the river conditions are so dark, they only have visibility six inches beneath the surface.

The two used "very high lumen flashlights" in the pitch black depths of the water to see if they could unearth some buried treasure.

"[Henry] came up, and he’s like, 'Derek, I found something amazing,' and he’s just freaking out," planetarium director Derek Demeter told the Orlando Sentinel.

Teacher Henry Sadler later documented the "two amazing once-in-a-lifetime fossils" which are actually "the rarest [fossil] you can find in Florida."

They first found a gigantic 50-pound leg bone that once belonged to a mammoth, a large elephant-like creature.

"Between 2 million to 10,000 years ago Florida had these giants roam the prehistoric Savannah grasslands," Derek said on Facebook.

They were also in disbelief when they collected "the holy grail of Florida fossils": an actual tooth from a saber-toothed tiger!

The rare find was only the top third of the tooth, and yet, it was bigger than most they had ever seen.

The mammoth's leg bone is now being displayed in a friend's school classroom, where it can serve as an interactive teaching tool to help bring middle schoolers' textbooks to life.

"It’s a once-in-a-lifetime find," Henry said. "Derek and I seem to be pretty lucky together."