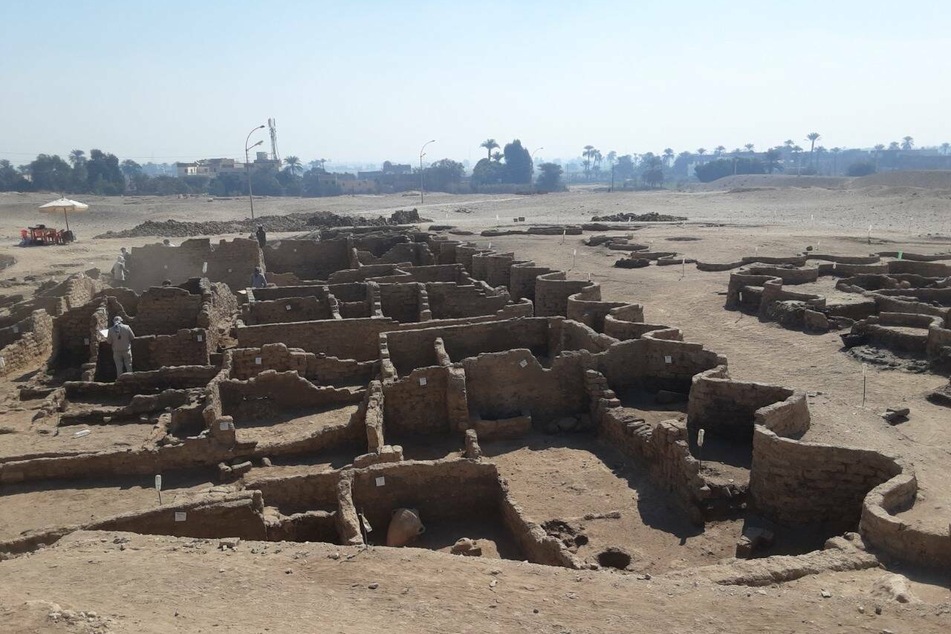 An expedition of Egyptian archaeologists has unearthed a 3,000-year-old "lost city" in present-day Luxor!

Cairo, Egypt - An expedition of Egyptian archaeologists has unearthed a 3,000-year-old "lost city" in present-day Luxor. Scientists praise the that as one of the most important finds in Egypt since Tutankhamen's tomb in 1922.

The ancient city dates to the era of the Eighteenth Dynasty's king Amenhotep III, who ruled the country from 1391 to 1353 BC, said prominent Egyptian archaeologist Zahi Hawass, who led the expedition.

"Many foreign missions searched for this city and never found it," Hawass, a former antiquities affairs minister, said in an online statement Thursday.

The city was the largest administrative and industrial settlement in the era of the Egyptian empire on the western bank of Luxor, according to Hawass.

"There’s no doubt about it; it really is a phenomenal find," said Salima Ikram, a leading archaeologist of American University in Cairo’s Egyptology unit. "It’s very much a snapshot in time - an Egyptian version of Pompeii."

Rooms were filled with "tools of daily life"

"The discovery of this lost city is the second most important archaeological discovery since the tomb of Tutankhamun," Betsy Brian, a professor of Egyptology at John Hopkins University, was quoted as saying.

"To the team's great surprise, formations of mud bricks began to appear in all directions. What they unearthed was the site of a large city in a good condition of preservation, with almost complete walls, and with rooms filled with tools of daily life," Hawass said.

Two unusual animal burials of a cow or bull were found inside one of the rooms. Investigations are under way to determine the nature and purpose of this practice.

"The archaeological layers have laid untouched for thousands of years, left by the ancient residents as if it were yesterday," the statement said.