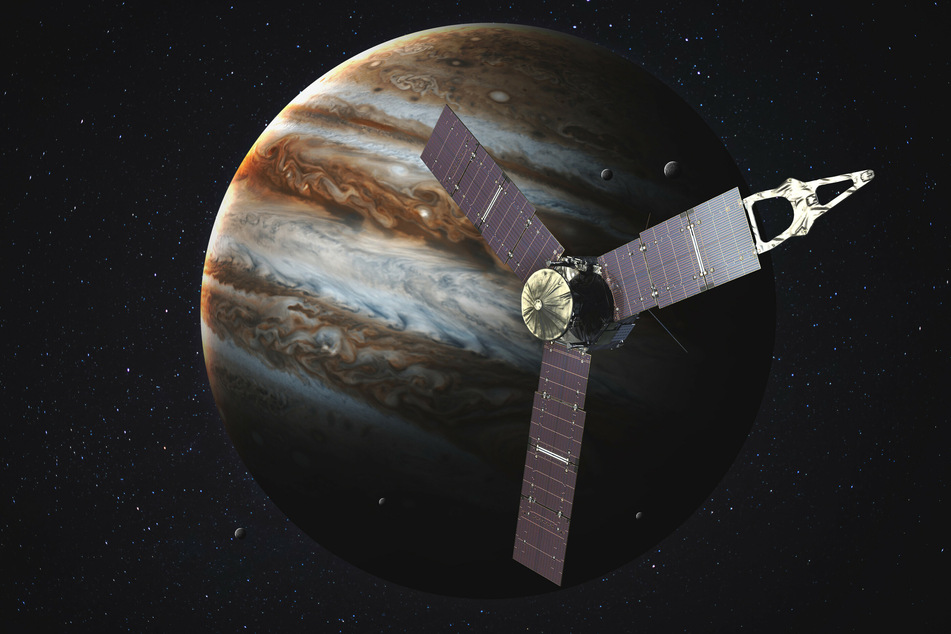 A NASA spacecraft reportedly detected an FM radio signal coming from the Jupiter’s largest moon, Ganymede. Could this be a sign of extraterrestrial life?

Pasadena, California - Exciting discovery: a NASA spacecraft reportedly detected an FM radio signal coming from the Jupiter’s largest moon, Ganymede. Could this be a sign of alien life?

The Juno spacecraft, orbiting Jupiter since 2011, was traveling across Jupiter's polar region at a speed of 111,847 miles per hour when it crossed the radio signal, known as a "decametric radio emission."

It picked up on the radio emission for only five seconds, Fox 8 Cleveland reported.

The decametric radio waves have frequencies between 10 and 40 MHz, relative to the same short waves that allow us to listen to the radio on Earth, according to a scientific article published by the NASA's Radio JOVE Project.

Was this strange signal perhaps an instance of alien transmission?

"It’s not E.T.," Patrick Wiggins, one of NASA's ambassadors to Utah, said. "It’s more of a natural function."

While the discovery marked the first sign Juno has picked up from the largest and most massive of Jupiter's moons, the solar system's radio emissions were already spotted in 1955.

It is not the first time Jupiter's largest moon has fascinated scientists. In 2015, NASA's Hubble Space Telescope found proof that Ganymede has an underground ocean.

Juno took off in 2011 and has been traveling in space ever since. It was supposed to stop working in July 2021.

But after this latest discovery, the mission has been officially extended to September 2025.