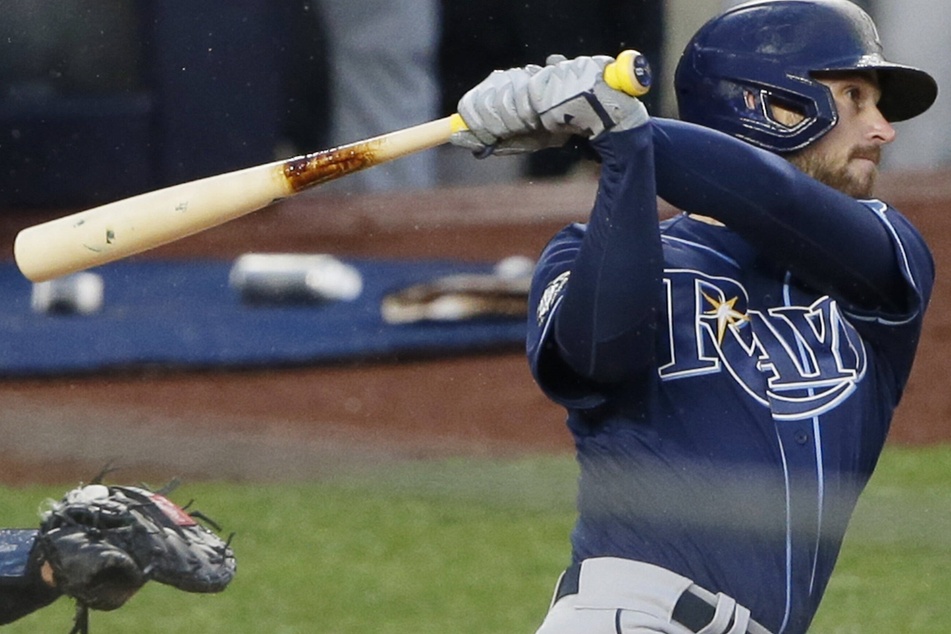 MLB: The Rays continue to have the Yankees' number, this time in the Bronx

The Tampa Bay Rays continue to find success against the Yankees this time, at Yankee Stadium.

New York City, New York - The Rays get yet another win over the Yankees, as New York continues to struggle to find its way this season.

The Rays again showed they're the better team, holding off their division rivals by a score of 6-3, this time up in the Bronx.

Both teams have had their woes at the start of this year, but when they've faced each other, the games usually go Tampa's way.

While nothing's been pretty for either club, the Rays have maintained a better record than the Yanks through this season, and the same could be said when you look at the head-to-head. In the five games played so far, the Rays have only lost once to the Bronx Bombers.

On Saturday, the game was within the Yankees' reach through the first six innings until Joey Wendel (30) hit a two-run homer in the seventh to help the Rays pull further away with a 5-1 score. In the bottom half, the Yankees fired back with two runs of their own, including Rougned Odor's first home run in Yankee pinstripes. It just wasn't enough as Rays held on and got an insurance run, to close out the Yankees 6-3.

Manuel Margot also hit a two-run shot for the Rays, and Francisco Mejia went yard for a solo shot of his own. Tyler Glasnow improved to 2-0, throwing seven strikeouts and allowing only one run in five innings pitched.

Adding to the Yankees' efforts was D.J. Lemahieu, who went 2-4, scoring a run, and batting in another. Aaron Judge's one hit in the game bat in New York's only other run, in a losing effort.

These two teams go back at it Sunday afternoon, with the Rays going for the series sweep.

There was a doubleheader on the schedule for the Mets and Rockies, with New York taking the first one 4-3, and Colorado taking the second 7-2.

The Nationals have their first winning streak of the season, with a 6-2 win over the Diamondbacks. And the Cubs got 13 runs off of 14 hits, cruising to a 13-4 win over the Braves.

In Kansas City, the Blue Jays and Royals split their doubleheader with Toronto winning the first game, while Kansas City walked off with the second one 3-2.

The Red Sox were at home, beating the White Sox 7-4, while the Cardinals were on the road, beating the Phillies 9-4.

It's now seven wins in a row for the Athletics, who beat the Tigers in a shutout, 7-0. Extra innings were required as the Reds squeak by the Indians, 3-2. And the Marlins also need a little extra time to get past the Giants 7-6.

The Orioles defeated the Rangers 6-1, and the Brewers easily handled the Pirates by a score of 7-1.

It's now eight wins straight, for the Dodgers, shutting out the Padres 2-0. And only one run was scored between both teams the whole game, as the Astros beat the Mariners 1-0.

The game between the Twins and Angels out west was postponed.

On Sunday, the Nationals hope for three straight wins against the Diamondbacks, while the A's will look to make it eight in a row, taking on the Tigers.

More on the topic MLB: