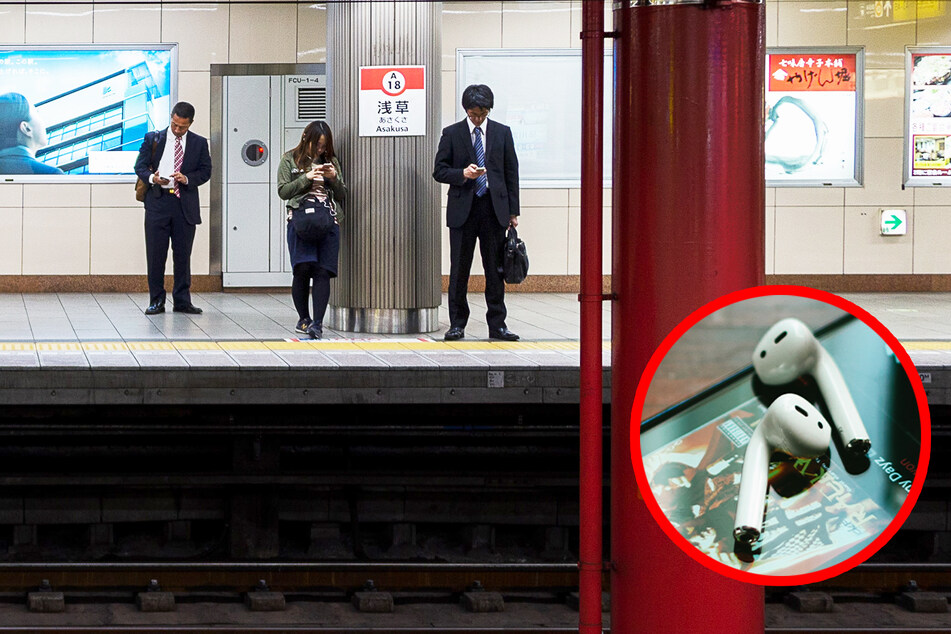 Millions of commuters lose earphones on the subway tracks – could this be the solution?
Nov 13, 2020 1:00 PM

Millions of commuters lose earphones on the subway tracks – could this be the solution?

In Tokyo alone, almost 1,000 earphones were found in the train tracks at just 78 rail stations in a three month period.

Tokyo, Japan - It's really annoying when earphones, especially wireless ones, fall into subway and train tracks. But it can also quickly become dangerous when people try to recover them. That's why one company is now working to remedy this problem.

According to the Japan Times, between July and September 2020, about 950 earphone sets fell onto the tracks at a total of 78 Tokyo subway stations. This is only a fraction of the true number, since the city has 274 subway stations.

Losing earphones is annoying and can be expensive. And once dropped, trying to save them from the tracks is usually too dangerous, since trains run almost every minute in Tokyo.

An official for the JR East rail company told the Japan Times that the small devices are usually recovered at night, when the trains are no longer running. Station attendees can then safely reach down to the tracks and fish the earphones out with a grabber tool.

But by then, it's almost impossible to track down the owners. The work is "burdensome" and "difficult," in the words of the official, all with very little reward or purpose.

This is why JR East is collaborating with Panasonic to come up with a more efficient system that could save a lot of time and effort.

An "earphone vacuum cleaner" is being trialed

No matter what happens, commuters will still be responsible for making sure they don't drop their devices. But Panasonic, the world-famous electronics brand, is trying to revolutionize the earphone clean-up operation.

The company presented the prototype for a new pickup tool at a Tokyo subway station. According to the Japan Times, it works like a vacuum cleaner.

Tests showed that this new technology did not damage the earphones and station employees were spared having to fish around for the tiny objects. In the future, earphones could be recovered immediately and not just at night.

This would save time and money for the subway companies and make work safer for their staff. If a large scale rollout is successful, the earphone vacuums could become a familiar sight in subway stations all over the world.