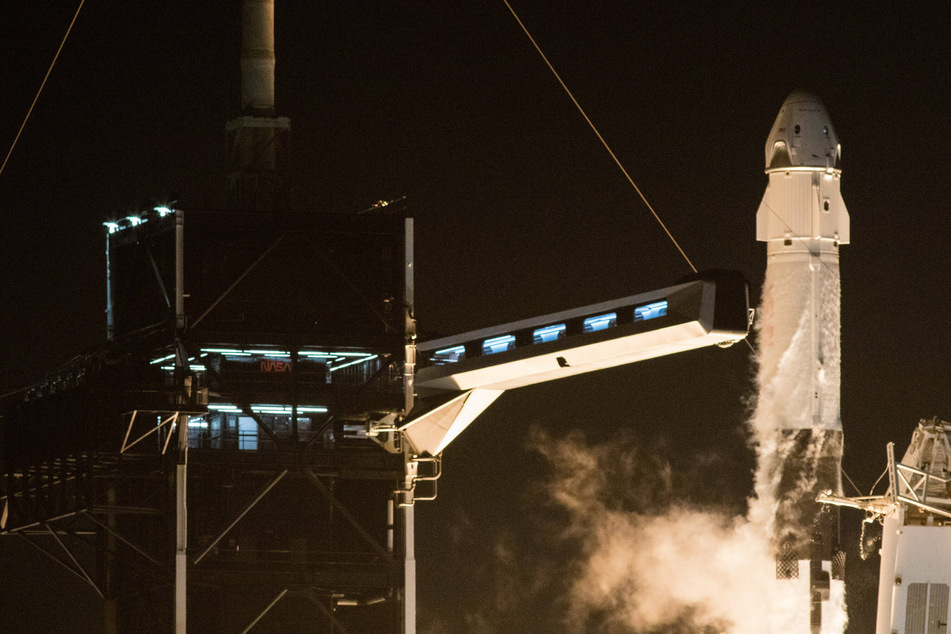 On Sunday, the SpaceX Crew Dragon spacecraft took off from Cape Canaveral, Florida. It is on its way to the International Space Station.

Washington - NASA and SpaceX on Sunday launched four astronauts to the International Space Station (ISS) from US soil, ending nine years of reliance on Russia to ferry astronauts into space.

The US space agency hopes the launch will mark the beginning of many regular crew flights to the space station from the United States.

It comes after the historic launch to the ISS in May of astronauts Bob Behnken and Doug Hurley aboard a SpaceX CrewDragon spacecraft.

Their Demo-2 mission represented the first manned launch from US shores in nearly a decade and the first time a private firm, rather than a government space agency, sent people into orbit.

The flight, which launched at 7:27 PM ET was originally set for 24 hours earlier but was rescheduled "due to onshore winds and recovery operations," NASA administrator Jim Bridenstine said before the launch.

Less than an hour after the launch NASA said the spacecraft was "safely in orbit."

The Crew-1 mission became the first to use the certified SpaceX Crew Dragon and Falcon 9 rocket.

"[I am] choked up a little bit thinking about the folks that have spent years of their lives getting ready for this mission, and being able to see the crew fly today was just phenomenal," NASA human spaceflight's head Kathy Lueders said in a post-launch press conference.

Aboard the spacecraft are NASA astronauts Michael Hopkins, Victor Glover and Shannon Walker, along with Soichi Noguchi from Japan's JAXA space agency, beginning their six-month mission to and from the ISS.

They are set to arrive at the space station some 11 hours after launch.

"This is a great day for the United States of America and a great day for Japan and we look forward to many more years of a great partnership... all the way to the Moon," Bridenstine said in the press conference.

After the US stopped its own launches in 2011 under then-president Barack Obama to focus on deep space missions, the country's space program relied on hitching rides aboard Russian Soyuz rockets, at a growing cost. NASA then hired private companies SpaceX and Boeing to build spacecraft and take astronauts to the ISS.