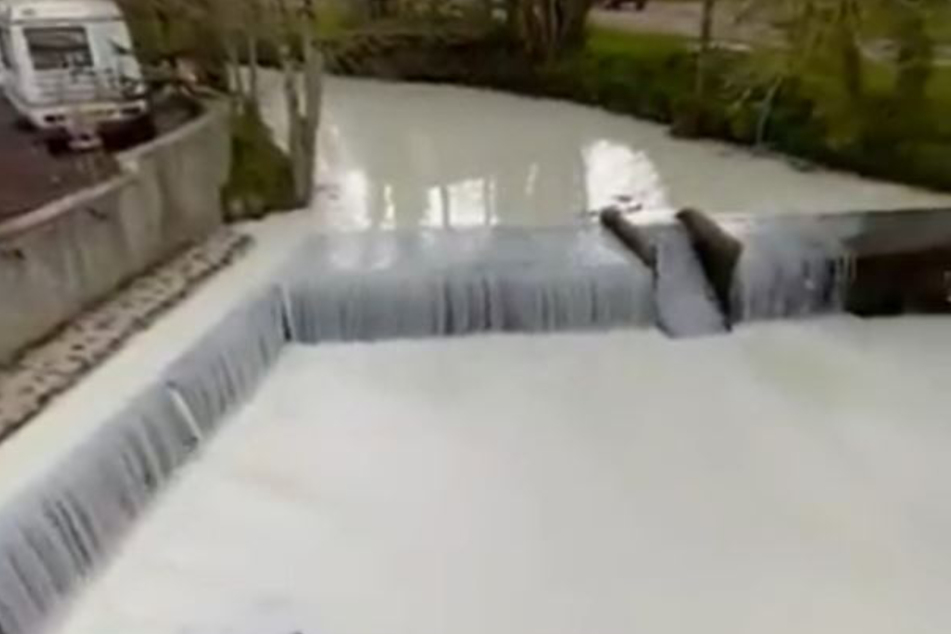 All of a sudden, completely white water was flowing down the creek. A Twitter user immediately filmed the spectacle.

Llanwrda, Wales, UK - Wales has not often been described as a land where milk and honey flow freely, but a truck accident this week has temporarily changed at least half of that.

Natural Resources Wales confirmed on Thursday that a truck carrying milk had overturned the previous day and plunged into the Dulais stream.

This caused an "unknown amount of milk" to spill, causing significant discoloration, it said in a statement.

Videos circulating on the internet showed a completely white stream.

However, the water at the accident site has since cleared, the statement added.

The truck had been salvaged, and employees had found no evidence of dead fish.

In the meantime, the milk had since cleared as it migrated further downstream, though there could be longer term environmental impacts.

Milk spills from the dairy industry can cause dramatic growth of bacteria in a short amount of time due to excess sugar, kill marine life, and render clean water undrinkable.