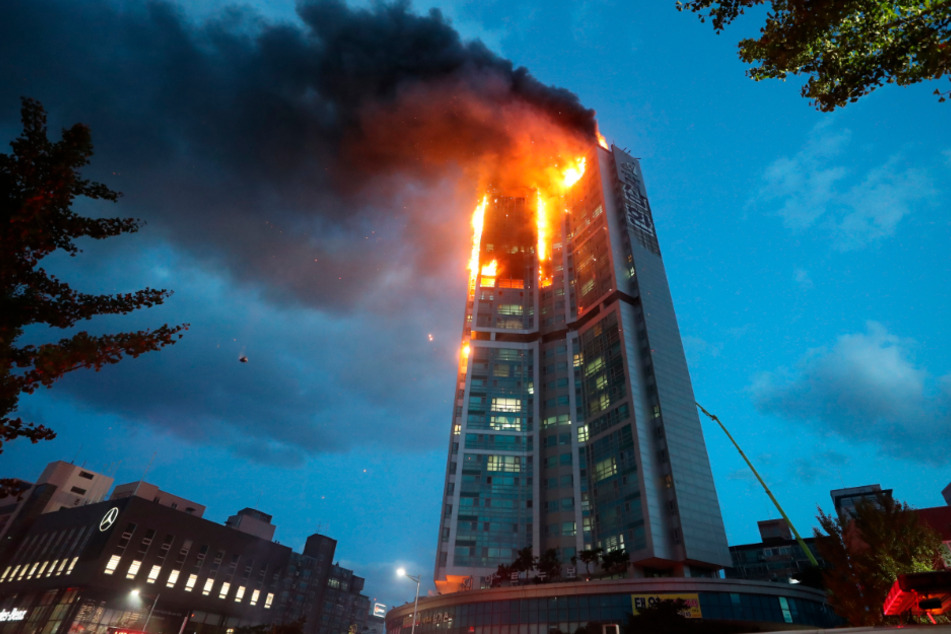 South Korean apartment building goes up in flames and injures dozens
Oct 9, 2020  6:55 AM

Several hours after the start of a fire in a 33-storey high-rise building in Ulsan, South Korea, the authorities reported almost 90 injured.

Ulsan, South Korea - Dozens of people are injured after a 33-story apartment building went up in flames on Thursday night in the South Korean city of Ulsan, according to local news sources.

By early Friday morning, 88 people who had either fled the fire or been rescued had been taken to hospital, the Yonhap news agency reported, citing rescue services.

Most had low-level injuries, including from smoke inhalation. It was not immediately clear if anyone had died in the blaze.

The fire, which is thought to have started somewhere between the 8th and the 12th floors before spreading to the upper stories, has been brought under control, but it remains unclear whether there is a risk of collapse.

Some outlets showed footage of the structure engulfed in flames and slabs of burning concrete falling to the street below.

Strong winds are thought to have caused the blaze to spread rapidly.

There have been no reports of fatalities so far.

Rescue workers from the fire brigade had tried to evacuate the apartment building's 380 residents as quickly as possible, the report said.

Some 50 people fled to the roof of the building when the fire started.

Ulsan is a city of 1.2 million people in the south-east of South Korea.