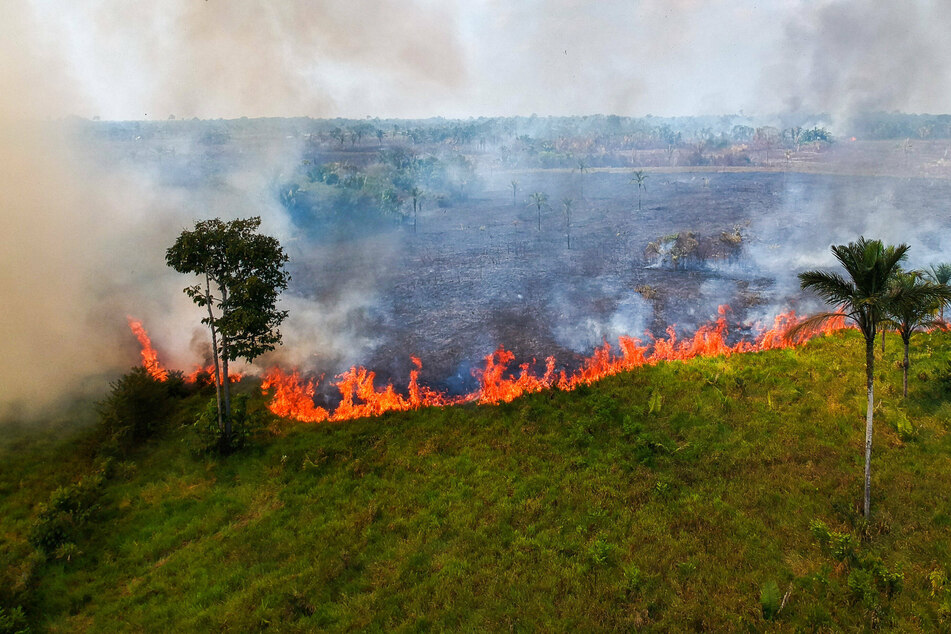 Brazil is celebrating Amazon Day while fires rapidly expand in the rainforest. Even a military operation has failed to tame the blaze.

Brasília, Brazil - Despite a ban on slash-and-burn agriculture and a massive military operation, the Amazon rainforest is going up in smoke, as Brazil celebrates its national Amazon Day.

In the first days of September alone, Brazil's National Institute for Space Research (INPE) registered around 1,000 fires in the Brazilian Amazon region.

The fires were still surging on Saturday as Brazil celebrated Amazon Day, the annual commemoration of Prince Pedro II's founding of the Amazonas state in 1850.

"Although slash-and-burn agriculture is officially banned at the moment, it continues unabated. Environmental authorities have been disempowered and police authorities don't monitor so violations have no consequences," Juliana Miyazaki of the Society for Threatened Peoples said.

"Illegal clearing causes the most forest fires. They deforest the land, they wait for the wood to dry, and then they start a fire. This way, new land becomes available for economic activities such as agribusiness," Miyazaki said.

Increasingly, environmentalists and indigenous tribes are working together to fight the systematic destruction of Brazil's complex ecosystems.

President Jair Bolsonaro has faced repeated international criticism over the widespread wildfires surging in the Amazon rainforest. But the increasing pressure hasn't stopped him from pursuing the exploitation of natural resources in the Amazonas region.