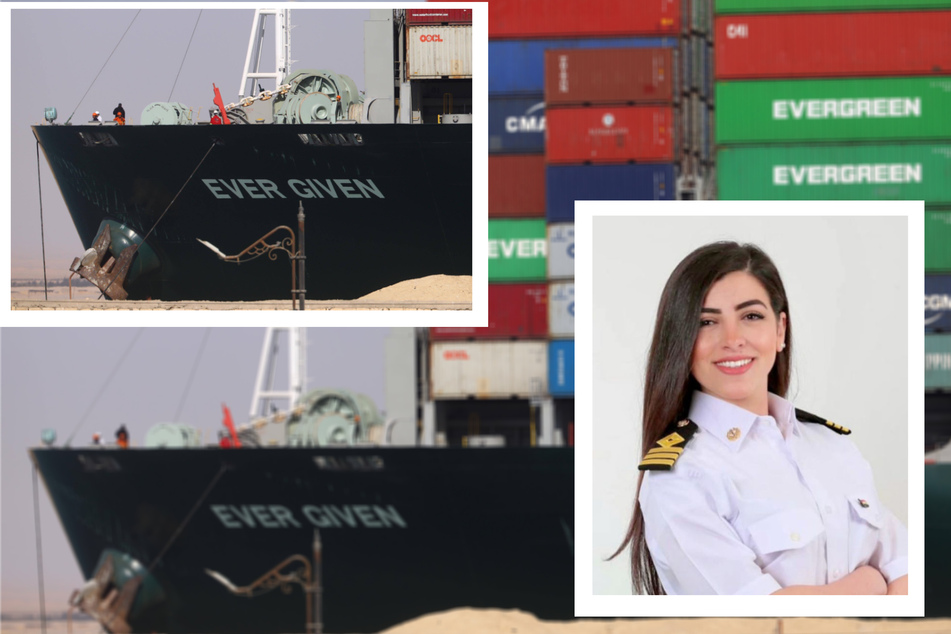 Why was Egypt's first female captain falsely accused of causing the Suez blockage?

For days, the giant container ship Ever Given blocked the Suez Canal, and fake news spread like wildfire on social media that a female captain was to blame.

Alexandria, Egypt - The first female captain in Egypt's history was falsely accused of causing the largest trade route jam in history. But Marwa Elselehdar is taking the attacks in stride.

Who is to blame for the disaster of the Ever Given? Even days after the Suez Canal was finally cleared, the huge container ship is still a topic of conversation.

One name that keeps popping up in connection with the crisis is Marwa Elselehdar. Since 2015, the captain has been successfully navigating the male-dominated shipping industry as Egypt's first female skipper. But it seems there are some who want to hide her achievements by damaging her reputation.

Shortly after the Ever Given got wedged in the Suez Canal, numerous platforms began to circulate a story that Marwa Elselehdar was to blame. The 29-year-old told the BBC she was shocked when people began to send her links to stories about her.

Initially, she couldn't figure out why she was made the culprit when at the time of the famous blockage of the Suez she was in command of the "Aida IV," hundreds of miles away in Alexandria.

Before she knew it, she was trending in the news worldwide: anti-feminists had created a fake Arab News headline that went viral on social media, pointing to Elselehdar as the person responsible for more than $10 billion a day in lost trade revenue.

As the fake article began to be shared across social media, on Twitter, fake accounts popped up and also fueled the rumor.

Not only did the trolls incorrectly list her employer as a competitor to the owners of the Ever Given, they used her Instagram pictures to create fake Twitter profiles of her.

Marwa Elselehdar was falsely accused of captaining Ever Given

Sexism could be the reason for the false claims

Could the fake news have been a result of sexism? It's possible, says Marwa, because her success has been bitterly resented by many a man.

She has always loved the sea, but during her studies in the merchant navy, she was confronted with male chauvinism at every turn.

"People in our society still don't accept the idea of girls working in the sea for a long time away from their families," Marwa explained.

Her love for her job empowered her to rise above all the hatred which she faced on social media. Nevertheless, the young woman still felt resentment for the undue hatred poured out online: "The comments on the article were very negative."

Along with the online backlash, she said she did appreciate that those who knew her still offered support, as well as complete strangers who chose to disbelieve the unsupported claims.

Marwa chose to stand firm and continue to work to be a role model for women in the maritime industry. Her tip: "Fight for what you love and don't let negativity affect you."

The reason for the ship's disaster is still under investigation, and the captain's name is also being kept confidential – likely in order to avoid the same type of onslaught that Marwa needlessly experienced.

The Ever Given has been freed since the end of March, but currently is not allowed to leave the Suez Canal as lawyers head to court to seek damages, particularly on behalf of Egypt, which saw dramatic impact to its economy due to the blockage.