Why does my cat put its paw on my face or hands? The story behind feline high-fives

Why do cats like to put their paw on your face, and why do they hold your hand sometimes? TAG24 takes a look at cat high-fives and what they're all about.

Many cat owners will assume that their cat's habit of reaching out a paw and touching them is an expression of love and affection. But as with all cat matters, it's a bit more complicated than that. So why do cats sometimes put their paws on a human's face and hands?

Cats are mysterious mammals, capable of all kinds of emotions. It's just that they sometimes have a hard time showing them.

Every now and again, though, they'll surprise you with what seems like a little bit of affection, reaching out and touching you with their paws on your face and hands.

Cats communicate with their body language, building a harmonious relationship with their humans through subtle messages. Often, cats will touch you with their paws, trying to make you aware of something or to get something out of you. What could this be?

TAG24's cat guide will take you through these cat high-fives, what they're all about, and how you should respond

Why does my cat put its paws on me?

People have a funny habit of projecting human behavior onto animals. Holding someone's hand is all about affection, connection, and support, touching someone's face is a sign of love. Is it the same for our beloved kitties?

Well, while love and affection is one explanation, it's not the whole story. Indeed, cats touch you with their paws for other reasons as well, including fear, annoyance, or to communicate something maybe a little more complex.

Why doesn't my cat purr and should I be concerned? 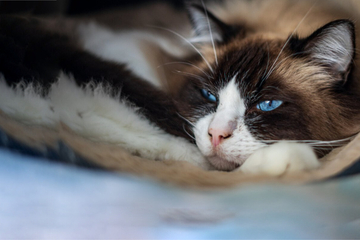 Why do cats scratch at the door? Here are some tips to help 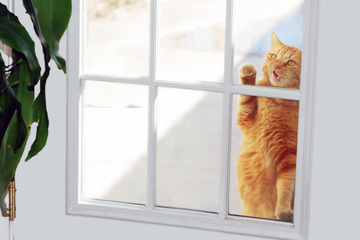 Why is my cat limping? How to help hobbling kitties 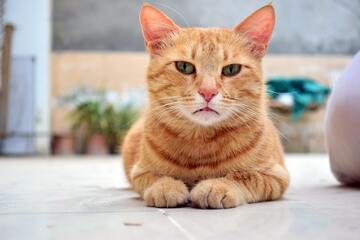 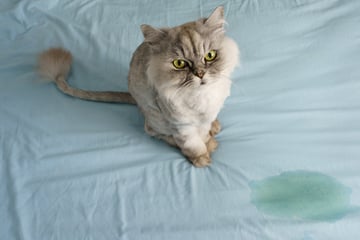 Cats put their paws on people's face to show affection

One reason why a cat might put its paw on your face or hands, in particular, is that your kitty may be looking to show you a bit of affection. This behavior is often combined with purring and slow blinking, as well as the habit they have of stretching out their toes and claws.

When your kitty touches you lightly with their paws, it's not unreasonable to compare it to a declaration of "Hey, I love you". It certainly means that your feline friend is comfortable around you, especially when its tail is chilled out.

A cat will use its paws to greet people

If you have come home from work and your kitty walks up, taps you with its paw and then just mosey on, it could just be saying hello. Now, not all cats will greet their owners like this, but if they do, then you're in for some pretty cute encounters.

When a cat behaves like this, it means that it trusts and appreciates you but also just wants to get on with its day. Try not to force it into interacting with you after it gives you a little tap, as that could actually disincentivise it from doing it in the future.

Cats touch people with their paws to get something

Some examples of things your cat may want from you include:

Your cat may hop in your bed and touch you on the face with its paws. In this case, it's likely that it would like you to scooch, as you're in its spot spot.

Let's be real: cats own you, not the other way around, and they may touch you with their paws to establish that ownership. Cats have sweat glands on their paws that excrete a certain smell that belongs to only them.

This smell is composed of individual pheromones which will mark you as the property of your cat. So, yeah, your cat could actually be branding you with their stink.

Cats can use their paws to show displeasure

Now, there are some gestures that don't need a lot of explaining – slapping is one of them, and your cat can definitely throw paws if it feels like it.

Your cat may be annoyed at you about something, and trying to "fight back" by tapping you on the face with its paw.

It may feel threatened, irritated, or just wants to be left alone. In such a case, your cat will also be exhibiting other signs, like slightly flapping and flicking its tail in a tense and uncomfortable way.

So, what does it mean when a cat puts its paws on you?

There are many messages that a cat may want to convey through touching your face, hands, and body with their paws. It's similar to the way they brush you with their soft, beautiful tails – adorable, but also meaningful.

If you watch your cat carefully, you will be able to take even the smallest aspects of their body language and translate it into words. They could be asking for food, for pats, to be let out. Pay attention and it will all become clear.