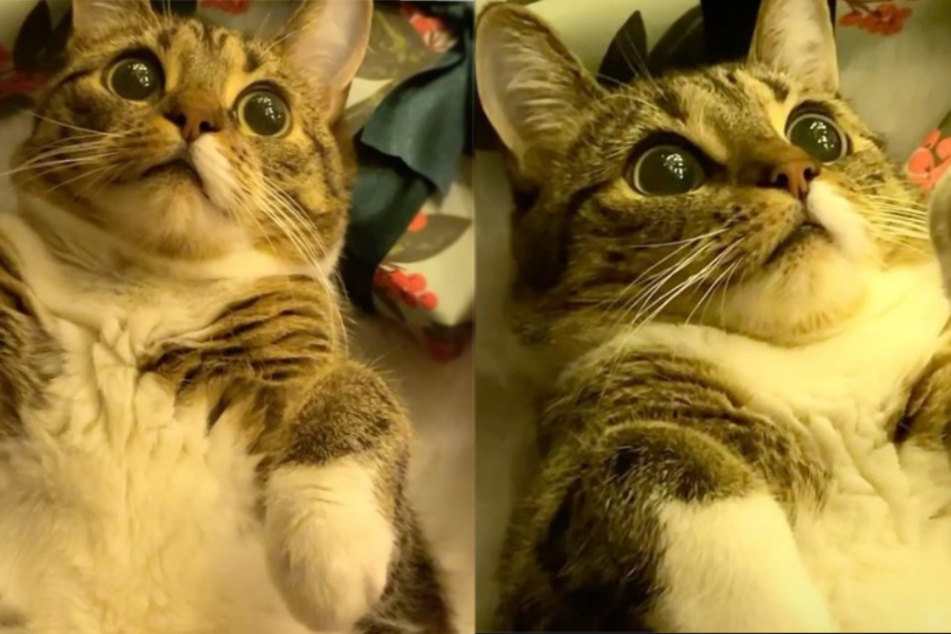 Christmas kitty lights up the internet!

Why are this cat's eyes so big?

Internet - Why is this cat making such big eyes?

Christmas is a special time for many.

Pets also enjoy the festivities – not only because they might get a few extra treats, but also because everything glitters and shines.

In the clip, the feline gets cozy on a pile of presents under the family Christmas tree.

Juice, who is lying on her back, is not at all interested in the gifts surrounding her.

Instead, she's got her eye fixed on what's hanging above her head: a sparkling Christmas ornament! With her pupils wide and her front legs bent, the furry animal keeps her eyes glued on the glittering decorations.

Cat wows the web with her reaction

Then she tentatively stretches out one of her paws and touches the Christmas tree ornament.

The cat appears mesmerized by the shimmering ball.

The clip doesn't reveal whether the decoration will stand up to the cat's claws, but it did garner more than 84,000 likes within a day.

"Those eyes," the description under the video aptly reads. The comments also reflect enthusiasm for the four-legged friend.

"With how much better cats eyes are to ours and how much detail the can see. I can only imagine it looks wildly different from what we see," one user commented.

Others are amazed that the furry cat is so careful with the Christmas tree ornaments: "I wish my cats admired our tree this delicately."

Some users even suspect the animal has simply been given too much catnip, but if you take a closer look at Juice's accounts, you'll notice that her eyes often get really big when she spots something interesting.