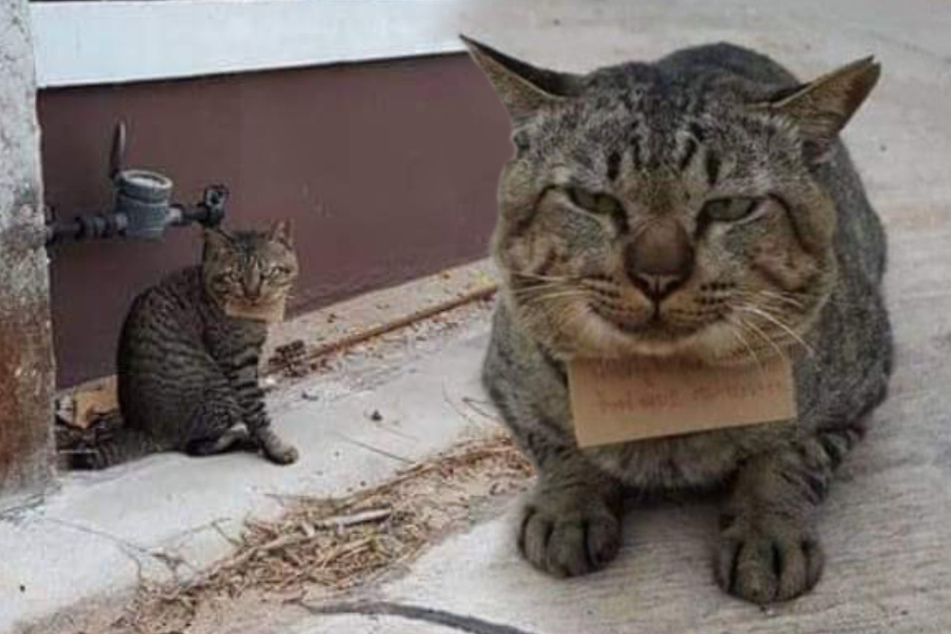 Missing cat strolls home with a note and a satisfied smile

This cat was missing for three days. When he returned to his owners he had a note attached to his collar.

Thailand - This cat looked mighty pleased with himself when he returned home after disappearing from her home in Thailand for three whole days. His owners were thrilled to have their furry friend back until they saw the note hanging around his neck.

According to the news channel News18, the short handwritten message, written in Thai, said: "Your cat kept eyeing the mackerels at my stall, so I gave him three."

The friendly shopkeeper who had fed the greedy tabby signed the note "Aunt May in alley no. 2." She also wrote down her phone number.

Does she want this cat's owners to pay for his three fine fish meals?

The owners took photos of the rather plump satisfied looking runaway and the IOU note and shared them on Facebook. In the post, they wrote: "Lost 3 days, returned with debt. Pretty face, right?"

The clever animal sure looks satisfied with himself, and doesn't look like he was underfed while he was away.

The internet loved the post and it already has over 1,500 likes.

Facebook users think the sneaky feline is hilarious. Some even offered to pay for the fish he got on his walk about. Others warned that this could be the start of an expensive diet.

But most people commented on his satisfied smirk.