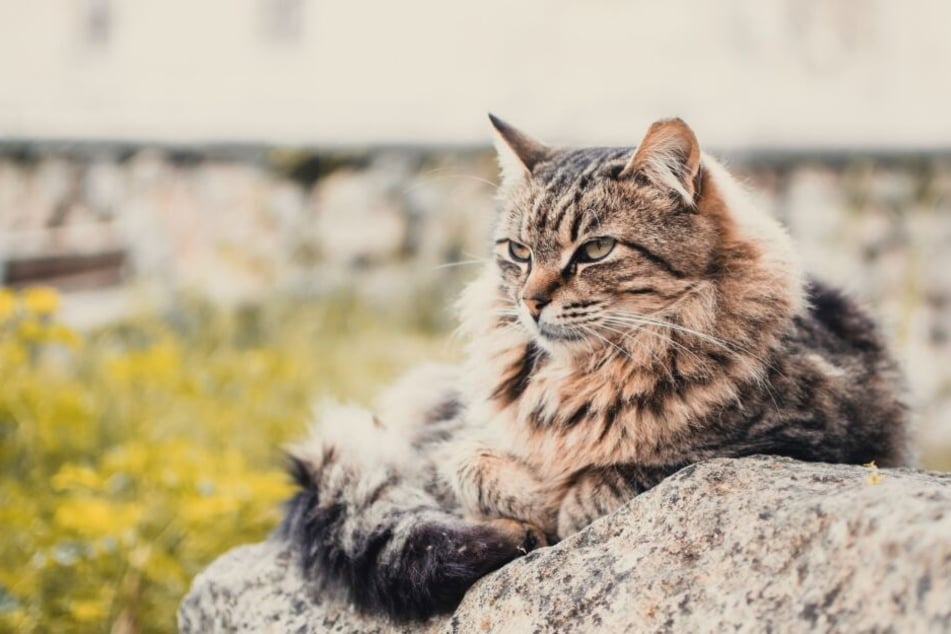 Oldest, loudest, biggest – we've picked out the best cat-themed entries from the Guinness Book of World Records for you! | Read more on TAG24

From hunting mice to hunting records: plenty of cats have earned a place in the Guinness Book of World Records with their looks or abilities. These 10 incredible cat records won't just amaze fans of felines.

Cats are among the most popular pets in the world. And it's no wonder – whether it's plaintive meowing at the feeding bowl or rubbing up against an owner's legs, these house tigers have got us wrapped around their paws. But not all cats are created equal. Some are tiny and light as a feather, others are huge and weigh as much as a child. But only the most extraordinary cats make it into the Guinness Book of World Records. Here are 10 of the most fur-midable entries from the feline world.

1. Cream puff – the oldest cat in the world

According to the Guinness Book of World Records, the venerable lady Creme Puff is the oldest cat in the world. She died at the age of 38 years and 3 days in August 2005. Born in 1967, Creme Puff lived with her owner Jake Perry in Texas. In human years, this ancient cat reached the record-shattering age of 167!

An average house cat will live to be 16 years old, so that means that Creme Puff managed to fit more than two full lifespans in her amazing journey. But she wasn't the only one to reach the three decade milestone. These 14 cats complete the list of the world's oldest felines:

2. Mymains Stewart Gilligan – the longest cat in the world

Maine Coons are known as gentle giants, but Mymains Stewart Gilligan – Stewie for short – broke all the records. With a length of 48.5 inches, he is the longest cat ever measured. But the tomcat, who belonged to Nevadans Robin Hendrickson and Erik Brandsness, found a place not just in the Guinness Book of World Records, but also the hearts of countless people. As a certified therapy cat, the trusty fur ball regularly visited retirement homes in Reno. Unfortunately, Stewie died of cancer in 2013, at the age of only 8.

3. Himmy – the heaviest cat in the world

Himmy is a true heavyweight. He made it into the Guinness Book of World Records as the heaviest cat in the world. While a normal house cat only weighs between 8 and 11 pounds, this fluffy chub came in at more than 45 pounds! This eventually led to Himmy dying of respiratory failure at the age of 10. Guinness World Records retired the category of heaviest cat in 1998, to discourage owners from deliberately overfeeding their cats in the rush to break records.

4. Merlin – the cat with the loudest purr in the world

When this cat is happy, he makes sure everyone around him knows it. Merlin is the undisputed champion of purring. The tomcat based in the English town of Torquay can even drown own the noise of household appliances like dishwashers, which reaches around 37 to 50 decibels. That's nothing compared to the volume of Merlin's purring: the 67.8 decibels measured in 2015 set a world record that hasn't been broken since. Normally, a purring cat is content and relaxed, so Merlin must be one chilled out fur ball!

5. Cygnus Regulus Powers – the cat with the longest tail in the world

Size certainly matters for Cygnus Regulus Powers from Detroit, Michigan. With a tail length of 19 inches, no other feline can adequately compare with this Maine Coon tomcat. He holds the world record for the domestic cat with the longest tail. His bushy tail is also earned him the fitting nickname "feather duster". But this blessing can sometimes feel like a curse – Cygnus' owners have to constantly watch where they walk and there's always a risk that the record-setting tail will get caught in the door.

6. Arcturus Aldebaran Powers - the tallest cat in the world

Believe it or not, Cygnus is not the only record holder in the Powers family household! His roomie Arcturus Aldebaran Powers doesn't just have an equally impressive name – he's also the world's tallest cat. According to the Guinness Book of World Records, the Savannah tomcat's height was measured at an amazing 19.05 inches.

7. Dusty – the cat with the most offspring

Texas-born cat mom Dusty holds the record for the largest number of offspring birthed. In total, she produced a whopping 420 kittens! She delivered her last one at the advanced age of 18. Her unique world record has been unbroken since 1952.

8. Didga – the cat with the most tricks per minute

In contrast to dogs' eagerness to learn, cats are notoriously difficult to train. These stubborn and independent critters do what they want and also have a much lower attention span. All of which just makes Didga's bottomless bag of tricks even more impressive. When owner Robert Dollwet, a former animal trainer from Hollywood, rescued little Didga (short for didgeridoo) from an animal shelter, he probably had no idea that he was bringing a regular stunt artists in his home.

In February 2016, the multi-talented cat hopped, skipped, and rolled her way into the Guinness Book of World Records by performing the most tricks in one minute. Didga successfully completed a total of 20 tricks. In addition to simple ones, such as giving a high five, shuffling sideways or rolling over, her extensive repertoire also includes completing obstacle courses on a skateboard! Didga's skills on the board had already made her a fluffy internet star by that point, with YouTube clips of her at the skatepark going viral.

9. Tinker Toy – the smallest cat in the world

Little kittens that fit in the palm of your hand are real heartbreakers. If only they could stay that small forever – most people who have shared their home with a tiny fur ball probably had that wish at one point or another. For Tinker Toy's owner, the wish actually came true! The smallest cat in the world never grew larger than an average guinea pig. The minuscule blue point Himalayan-Persian measured no more than 2.75 inches in height and 7.5 inches in length, even as an adult. Tinker Toy saw the light of day on December 25, 1990, and died at the age of 7.

10. Waffle the Warrior Cat – the cat with the longest jump in the world

This cat also leapt its way straight into the Guinness Book of World Records. Waffle the Warrior Cat holds the record for the longest jump. In January 2018, the Californian kitty jumped an unbelievable distance of 7 feet. That may not be enough to surpass long jump legend Carl Lewis' Olympic record of over 29 feet, but it's definitely enough for a place in the pet pantheon of greatness!

It's worth pointing out that not all cat owners share their record holders with the world, so there are probably lots of undiscovered cat world records out there!