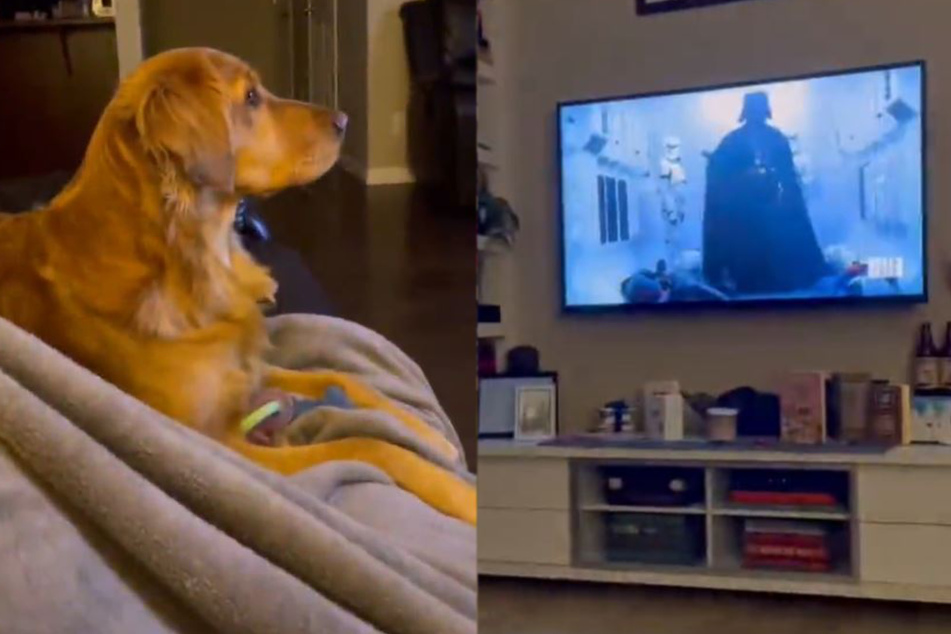 Even Luke Skywalker loves how much this dog hates Vader

Golden retriever Ellie is just as into Star Wars as any human or Wookie could be. In a video that even Luke Skywalker shared, the dog watches the film with rapt attention.

Ellie is seriously into what she is watching. But the moment Darth Vader enters the scene, Ellie knows evil is approaching.

Whether it was the music change or the menacing figure, Vader is getting much too close for comfort. Ellie heads for cover as Vader steps over dispatched Storm Troopers on screen, heading directly towards the camera.

With one leap over the couch, Ellie crouches where Vader is sure to not see her. But she can't stop watching the drama, periodically peeking out so she doesn't miss anything good.

The adorable video went viral on user rustymetalcreation's TikTok account, with more than five million users laughing their heads off at the dog's hilarious reaction.

The comments are as golden as Ellie:

But the cute clip didn't end on TikTok. Ellie was just getting started.

The video became an even bigger hit on Twitter shortly afterwards, racking up a further eight million views there. The most impressive Ellie fan? Mark Hamill (69), the one and only Luke Skywalker.

The Hollywood star retweeted the hilarious video, writing, "Smart dog, just wish I'd remembered to hide behind the couch when I first met him."