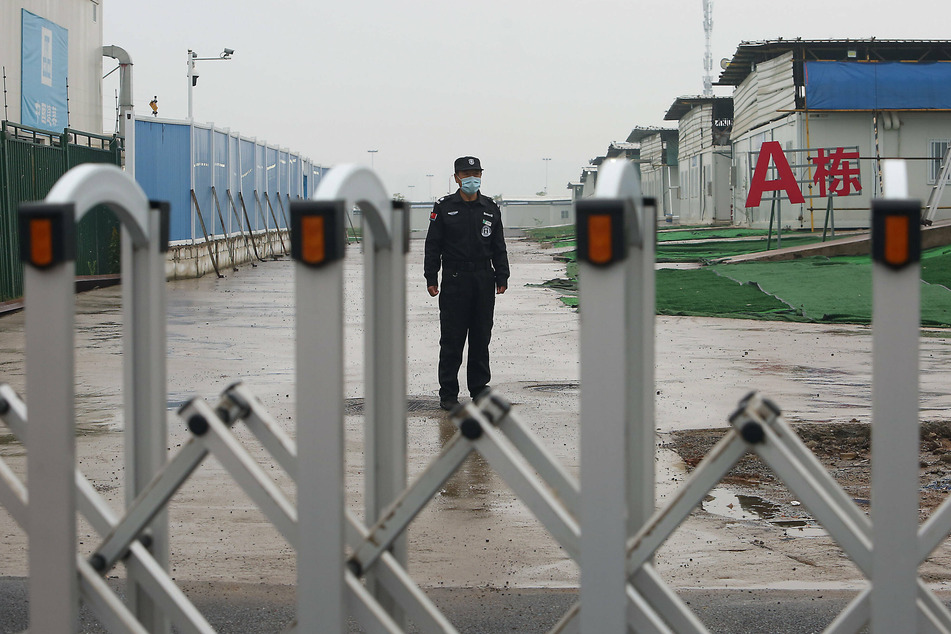 New investigation seeks to determine true origin of the coronavirus

Where did the coronavirus come from? A team of WHO experts is preparing to travel to China to investigate the origins of the pandemic.

Beijing, China - How did coronavirus start, and where did it come from? A team of World Health Organization (WHO) experts is preparing to travel to China to investigate the origins of the pandemic. The researchers face a daunting task, as Beijing is concerned the mission is about assigning blame.

A year after the coronavirus outbreak and amid a sensitive political climate, the Chinese government is trying to rewrite the narrative surrounding the origins of the raging pandemic that has cost the lives of more than 1.5 million people.

China contradicts claims that the virus originated in a seafood market in Wuhan.

Chinese foreign ministry spokesman Zhao Lijian told a media briefing that "even though China was the first to report coronavirus but doesn’t necessarily mean China is where the virus originated."

State agency Xinhua categorically claimed the virus did not originate in Wuhan, pinning the claim on unconfirmed reports of possible Sars-CoV-2 infections in other countries before the first cases were recorded in Wuhan.

Officials from China’s Center of Disease Control also announced they had found the culprit: imported frozen food from other countries. The researchers said they isolated live samples of the virus on the outer packaging of cod shipped into China, and two workers handling the package were infected shortly after.

International researchers have since disputed the likelihood of the coronavirus spreading across borders on cold-chain food products. Nevertheless, citing "all available evidence" that frozen food chains could be to blame, one headline of the party organ People's Daily read, "Covid-19 didn't start in Wuhan."

WHO expert team member Fabian Leendertz, a biologist at Germany's Robert Koch Institute said the mission will be difficult since the virus has become very politicized. But the goal of the research is to gather data to be better prepared for possible future outbreaks.

"It’s really not about finding a guilty country," Leendertz said. "It’s about trying to understand what happened and then see if based on those data, we can try to reduce the risk in the future."

The team assembled by the WHO is expected to start their search next month in Wuhan, the city where the outbreak was first reported, according to Leendertz, who specializes in emerging diseases for animals and humans. As for now, the experts are in close contact with their Chinese colleagues.

Researchers are confident they will find the origin of the virus

Leendertz said their inquiry will first lead them into the seafood market in Wuhan, which has been repeatedly linked to the origins of the virus. However, he doubts that's the full story.

"It may also be that it was just the first mega spreading event or one of the first," he said.

The team would "see where the track leads us, if it's another city or if it stays in Wuhan or where that goes."

Not all initial infections had their roots in the Huanan Seafood Wholesale Market, but researchers found large traces of the coronavirus in the wildlife stalls of the market. The findings led to speculation that coronavirus may have spread to humans from an animal in the market. The state agency confirmed that claim in January, writing there was strong evidence that the epidemic could be traced back to wildlife trade.

After the public health risks of China's often illegal wildlife trade became spotlight with the onset of the pandemic, the Chinese government enacted a wildlife trade ban in February.

While Leendertz has good hopes for the WHO mission, he warns people shouldn't expect too much. They wouldn't put on their "superhero suits" and "catch a few bats," he said. Instead, it would be more of "a team effort with Chinese colleagues to help identify the necessary next steps and how to continue."

Nonetheless, the researcher is confident that the origin of the virus will be found "at some point." And he said that the virus host will likely be a bat, as previous research has found diverse strains of coronaviruses in bats in southern China before. In that case, it would be necessary to identify the exact species, the location and whether another animals were involved as intermediate hosts.

The search for "patient zero" is expected to be difficult to impossible as, unlike Ebola, symptoms of Covid-19 can share many similarities with other common illnesses. Infected persons may even be asymptomatic.

Investigation into the origins has become a search for the culprit

With President Donald Trump calling the coronavirus the "Chinese virus" and claiming without proof that the virus originated at the Wuhan Institute of Virology, investigations into the origins of the pandemic have simultaneously become a hunt for the culprit. The president demanded that China pay for the pandemic.

Leendertz doesn't agree with Trump's way of thinking. Humans get transmittable diseases from animals all the time. It is not China's fault that possibly a bat passed a virus on to humans, according to the biologist: "It's hard to prevent."

But China's government continues to spread misleading information to put blame on other countries. In November, Chinese news outlets quoted Alexander Kekulé, director of the Institute for Biosecurity Research in Halle, Germany, saying that the virus originated in Italy. “The starting point of the pandemic is not in Wuhan," they quoted him.

Kekulé said China twisted his words, and he never said that the virus originated in Italy. He only pointed out an early mutation of the string. "Chinese media are using the emergence of the G variant in Italy for propaganda. The #coronavirus pandemic originated in China and the outbreak was possibly even concealed at the beginning," he wrote on Twitter on December 1.

There is no doubt, however, that authorities in Wuhan completely mishandled the crisis from its onset. Amid critical voices, some officials were already forced to resign from their positions. Doctors warning about a mysterious respiratory illness or a possible return of Sars were dismissed until the late days of December 2019.

Some of these voices were even muted. Until January 2021, it was officially declared that there was "no human-to-human transmission," although doctors had already seen such transmissions happening in December.

Research should be scientifically unbiased

But mistakes are common when there is an outbreak of an unprecedented type of virus, even though some were avoidable. "We should be fair to China," Huang Yanzhong said, arguing that other countries, like the US, have also made mistakes.

He claimed it was the "same thing" when the Trump administration downplayed the risks of the pandemic.

According to the expert, the claims around an imported virus serve the purpose of absolving China of responsibility for the virus. Research regarding the origins should be scientifically unbiased, but instead it is politically charged.

The WHO team set out for their mission facing tough conditions. The UN organization has been criticized on several occasions for siding too much with China. The country has a significant influence as one of the most important members.

And the leadership in Beijing has already set a harsh tone for the researchers, according to China expert Huang Yanzhong. "I don't think they will allow the outcome of the investigation to challenge their narrative," he said. WHO experts could diplomatically point to China as the known starting point of the pandemic, but add that further investigation is required as the virus could have come from elsewhere.

China would be happy with such a result, said Huang Yanzhong. But he doesn't think there will be a conclusive result that will please all players involved.