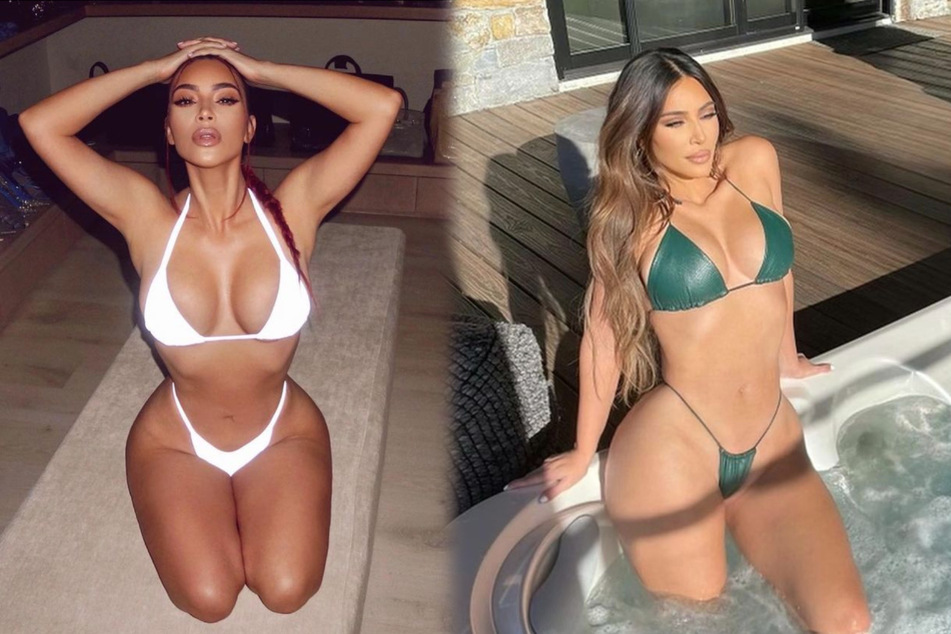 Kim is warming up her fans with some steamy vacation phtots.

Lake Tahoe, California - 192 million! That's the impressive number of Instagram followers Kim Kardashian West has – and all of them get to see just how amazingly in shape she continues to be!

The reality TV star is currently on vacation at Lake Tahoe in Sierra Nevada and sunbathing on the porch of their luxury forest cabin.

In one of her latest Instagram posts, the 40-year-old is lounging in her bubbling jacuzzi and treating herself to a good dose of sunshine – all while wearing a tiny green bikini which barely covers anything.

Just one day after it was published, the snapshot has already amassed more than 5.3 million likes.

In the comments below, her fans posted a lot of heart-shaped emojis. Some even declared her a "queen" and tried their best to express how beautiful they find her.

This isn't the first time that Kim has caused such enthusiasm. After all, she regularly posts seductive pictures of herself in tight swimwear.

Kim Kardashian is the sixth most followed celebrity on Instagram

Kim's pictures regularly get up to five million likes – a number other Instagram models and influencers can only dream of!

But that doesn't mean she's top of the Instagram ranking. Right now, she is "only" the sixth most followed celebrity on the app.

With steamy posts like this, however, Kim Kardashian might just have a chance of jumping up a couple of places.