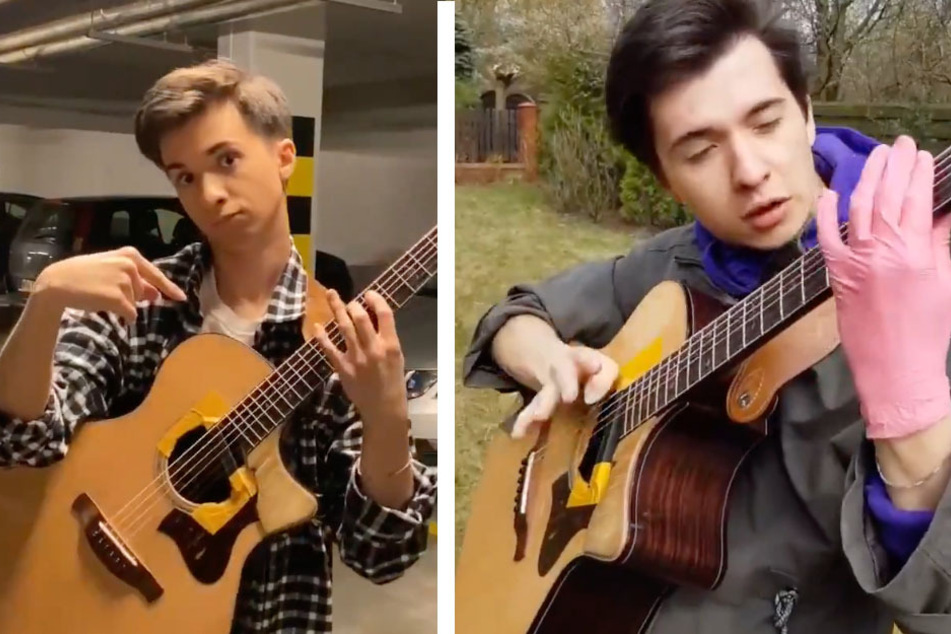 A former 20-year-old America's Got Talent contestant wowed the internet with a Led Zeppelin cover, attracting the attention of two rock legends.

Kielce, Poland - A former America's Got Talent contestant blew away social media users with a jaw-dropping Led Zeppelin cover and even caught the eyes of two music legends!

The young Polish guitarist named Marcin sent social media into a total frenzy when he shared a cover of the Led Zeppelin song Kashmir, performed in a parking garage.

The cover blew up and caught the eye of Kiss's frontman, Paul Stanley, and Rage Against The Machine's lead guitarist, Tom Morello.

The praise for his astounding cover wasn't limited to Twitter, either.

In a matter of days, Marcin's cover reached far beyond the realm of social media, with Rolling Stone Magazine sharing a write-up of the talented musician's performance, calling it a "searing rendition' of the iconic Led Zeppelin song.

One of the most fascinating parts of Marcin's cover is his ability to incorporate the epic drum sounds from Kashmir into his cover, all using only his acoustic guitar.

The parking garage setting not only adds an interesting aesthetic to the video, it also provides quality acoustics that lend an extra hand to the overall sound of the performance.

As an up-and-coming guitarist who signed with Sony Music last year, this isn't Marcin's only ambitious cover. He's shared covers on his Twitter feed performing Moonlight Sonata and Asturias x Innuendo by Queen.