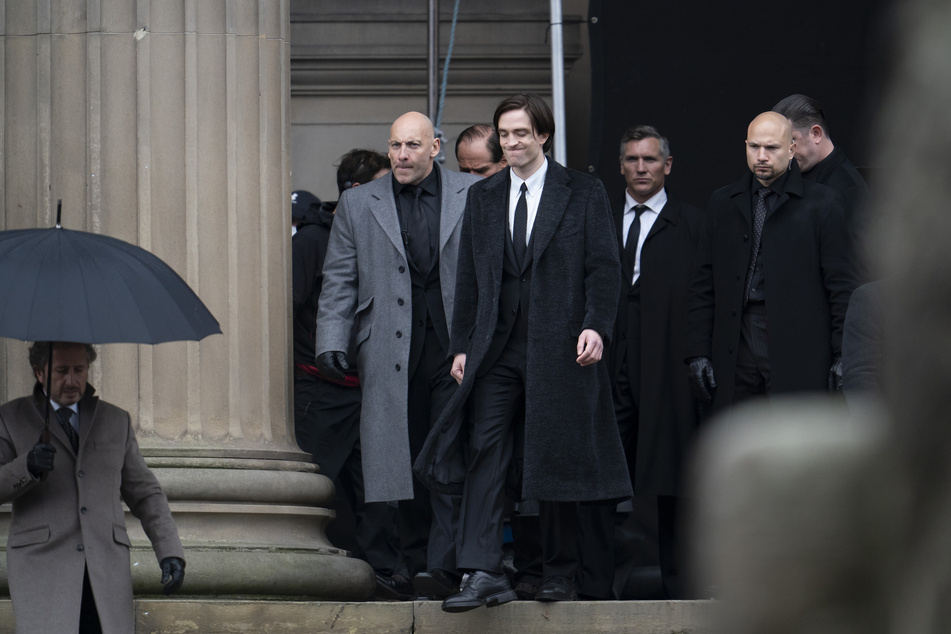 The Batman is back as Robert Pattinson resumes shooting in England

Robert Pattinson is back in front of the cameras for the new Batman movie after a long break.

Liverpool, UK - English star Robert Pattinson is back in front of the cameras as production of the new Batman movie finally resumed.

The 34-year-old shot a scene on Monday with hundreds of extras, in the port city of Liverpool.

It was the first time Pattinson was spotted on set again since shooting was suspended in early September, due to a positive coronavirus test in the crew.

Pattinson was shooting in rainy weather in front of the famous St. George's Hall in the city center, where preparations had been going on for days. Production was moved to Liverpool in March and the location will be the stand in for Batman's home city, Gotham.

Pattinson was photographed in character as Batman's alter ego, millionaire Bruce Wayne. Wearing a black suit and a dark wool coat, he was getting out of a car. According to British media, filming in Liverpool is expected to last one week.

One insider told the Daily Mail that coronavirus tests are being done on a daily basis and that contact between the cast and crew is kept to a minimum. The UK is currently experiencing a severe second wave of infections, with Liverpool being particularly hard hit.

The release of The Batman, directed by Matt Reeves, was originally scheduled for the fall of 2021, but has now been postponed to 2022.