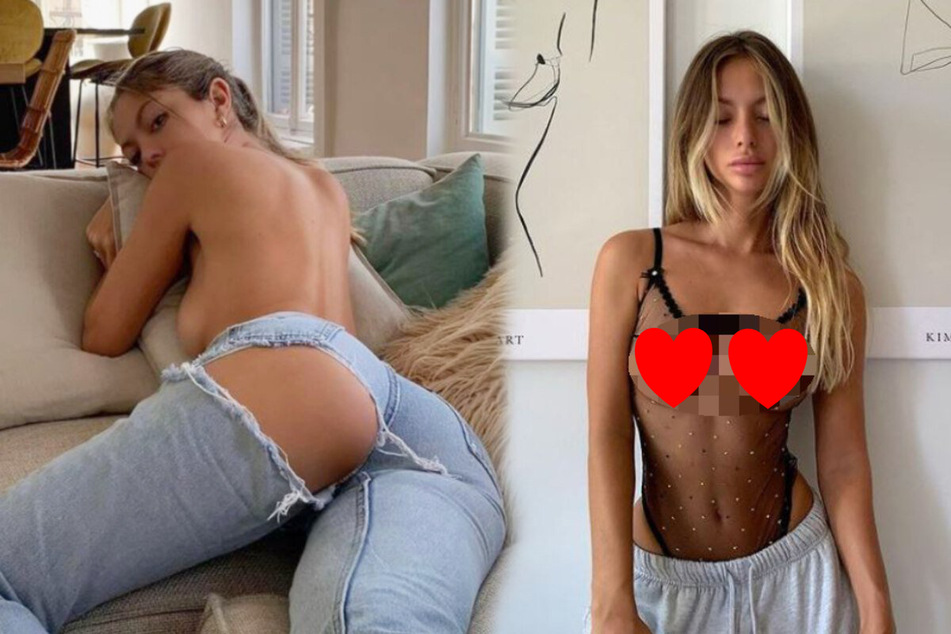 This hot Instagram model pulls out all the stops

Cheating her way past Instagram guidelines with almost every photo, Mathilde Tantot shows an extreme amount of bare skin in her pics.

The 26-year-old from France now has more than 9 million followers on her account, and one of her latest photos took their breath away.

In the pic, Mathilde Tantot is lying on a sofa wearing torn jeans and no top, looking seductively over her shoulder towards the camera.

The photo has received over 745,000 likes, although the French influencer is being quite well-behaved in the picture – at least by her normal standards.

Tantot has already uploaded pictures of herself stark naked to Instagram several times.

Fans have already admired the model lying by the pool without any clothes on.

Thanks to the good old trick of transparent clothing, they have also been able to catch a glimpse of her bare breasts.

Mathilde Tantot doesn't leave much to the imagination

Others have long since been banned for posting material of this kind, but Mathilde Tantot is still getting away with it, even though this kind of nudity is usually not allowed on Instagram.

But adult models like Tantot are apparently still able to outwit the social medium's algorithm.

Similar to some of her colleagues, the blonde makes money from ads she does on Instagram, mostly for the skimpy clothes she models.

For her followers, other things are probably more important than the products themselves. The comments section is full of heart emojis and compliments on Tantot's figure.

And it's not just men showing their appreciation: there are lots of women also expressing their enthusiasm in the comments.

Followers can almost certainly look forward to more sexy content from this beauty!