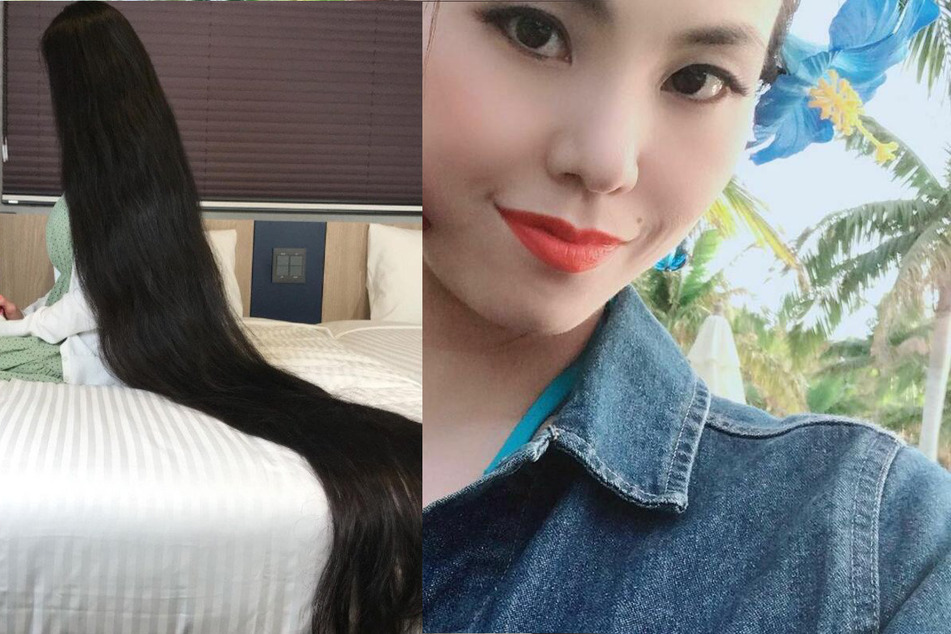 Japanese dancer Rin Kambe is often called a real life Rapunzel on the internet - and there is a good reason for that!

Tokyo, Japan - Japanese dancer Rin Kambe is often called a real life Rapunzel on the internet – and it's for a good reason!

After all, the 35-year-old woman spent 15 years tending to the growth of her mane.

She last had her hair cut when she was 20. Now, it's almost 6 feet long. Kambe herself is a full ten inches shorter!

When she lets her hair down, it flows all the way to the ground like an oversized black veil.

The reason why the dancer hasn't been to the hairdresser for so long lies in her childhood: Kambe wasn't ever allowed to let her hair grow long.

"I grew up with strict parents and when I was a kid, I was on the girls' soccer team and always had a short cut because of this." she told the Daily Star .

When she started dancing at the age of 20, she decided to take control, so she let her hair grow in an effort to "shine in [her] own way".

Rin Kambe gets a lot of compliments for her hair, but also criticism

"It felt like my hair was a weapon of expression. It grew naturally and healthily and is a thing of beauty," Kambe said.

She added that it "gave [her] confidence to keep doing one thing without giving up."

Her perseverance paid off. Kambe receives plenty of compliments for her magnificent locks, which to her represent the "beauty of Asia".

But – this being the internet – not everyone is enthusiastic about Kambe's look. She admitted to the Daily Star that there were people who thought her hair is monstrous.

But she didn't let this get her down: "I think it's only natural that there are different opinions in the world and if I didn't believe in myself I would be swayed by the negative opinions." Instead, she's happy with her appearance and actually incorporates it into her dance routines.

She has also grown quite a following on Instagram, with over 26,000 fans.

In order to maintain her glowing appearance, Rin Kambe relies on iron-rich food, sufficient sleep, and an active lifestyle.