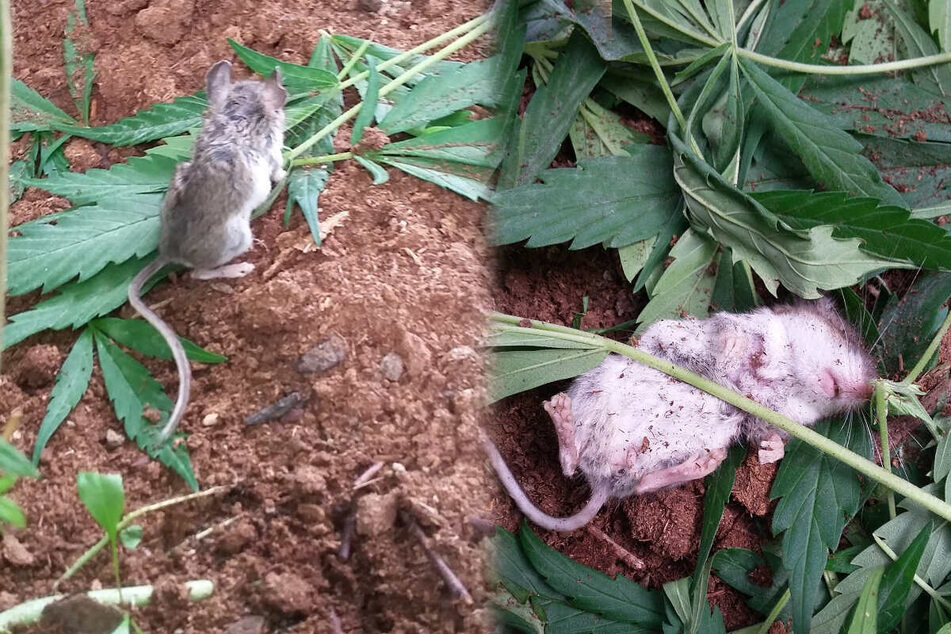 This little mouse got so stoned that it passed out. Someone found the comatose rodent and took it to rehab.

New Brunswick, Canada - This little mouse got so stoned from munching on marijuana leaves that it passed out. A Canadian saved the mouse from its reefer maddness.

Growing cannabis is legal in New Brunswick, Canada; but that doesn't mean everyone or every animal can handle the drug.

The Daily Mail reported that cultivator Colin Sullivan discovered the rodent passed out, flat on its back, from an apparent pot overdose.

Sullivan had seen the mouse nibbling on his marijuana leaves two days in a row. On the third day, the mouse fainted, and Sullivan decided that his new friend needed some help.

The Canadian jokingly wrote on Facebook that it was time for an intervention, "Ill let him sleep this one off but when he wakes up hes getting a real stern talking to." [sic]

After a few days he posted an update and assured everyone that the mouse was fine. It just had a little stomach ache and the munchies. Sullivan said that he wanted to slowly wean his "baked buddy" off the drug by restricting it to one medium-sized marijuana leaf each day.

The marijuana mouse is now at its canna-best

Sullivan's also had a theory about the little mouse's reason for using the drug. It was missing an ear, so the mouse may have been self-medicating and using the cannabis as a pain killer.

After six days of rodent "rehab", there was some great news: the former addict was much better and had earned its first sobriety token.

The Canadian has since released his animal protégé and didn't take all the credit for the successful recovery: "I may have been the one to open his cage, but he was the one who set himself free."