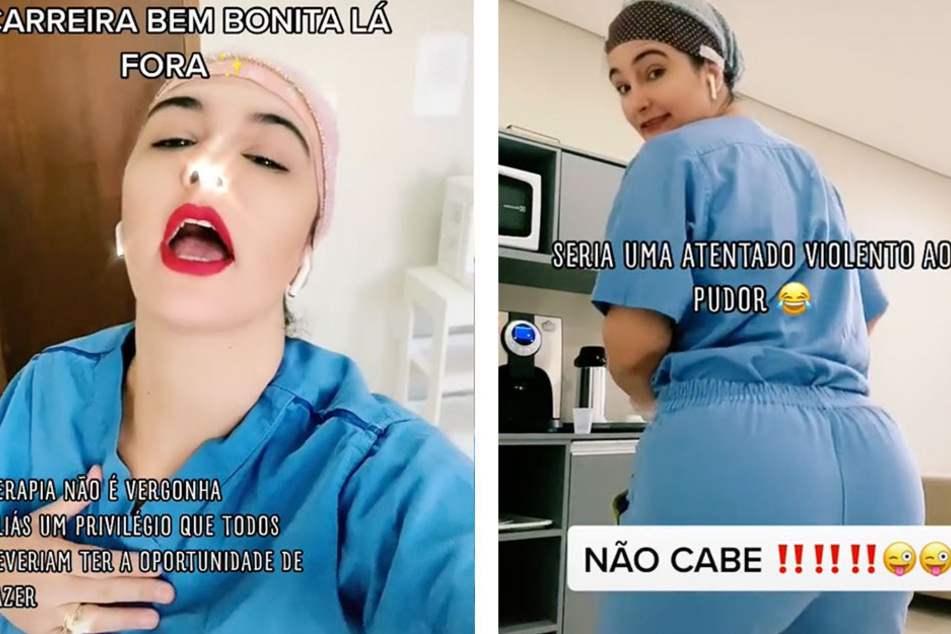 A plastic surgeon had her license suspended after sharing a video of herself dancing with human flesh.

São Paulo, Brazil – Dr. Caren Trisoglio Garcia is facing heat for posting a disturbing TikTok that featured her dancing with the flesh and fat of her patients.

The since-removed video showcased Garcia in an operating room, dressed in her surgery scrubs and dancing to upbeat music with the flesh and fat removed from her patients.

If the video itself wasn't enough to make people squirm, the caption surely did: "Today's trophy", it said, along with numerous emojis, including a red heart.

After the clip's removal, the Regional Medical Board of the State of São Paulo has suspended Garcia's medical license for six months while they conduct an investigation into her alleged misconduct.

Board members of the Brazilian Society of Plastic Surgery (SBCP) also found Garcia's video to be unethical, according to The Sun. In their preliminary investigation, the SBCP said the surgeon broke five of its internal regulations.

The Brazilian surgeon made a name for herself on TikTok sharing insights about the day-to-day work of a plastic surgeon, along with the occasional life update or dance break. Her page boasts over 645,000 followers and more than 11 million likes.

Garcia isn't the only doctor who's TikTok fame has landed them in hot water. In March, "TikTok Doc" Jason Campbell, who became famous for his daily dance videos with his colleagues, found himself in a mess of sexual harassment lawsuits filed by former coworkers.

If the medical board finds Garcia guilty of misconduct, her license could be revoked entirely. The plastic surgeon is currently banned from seeing patients until the investigation concludes.