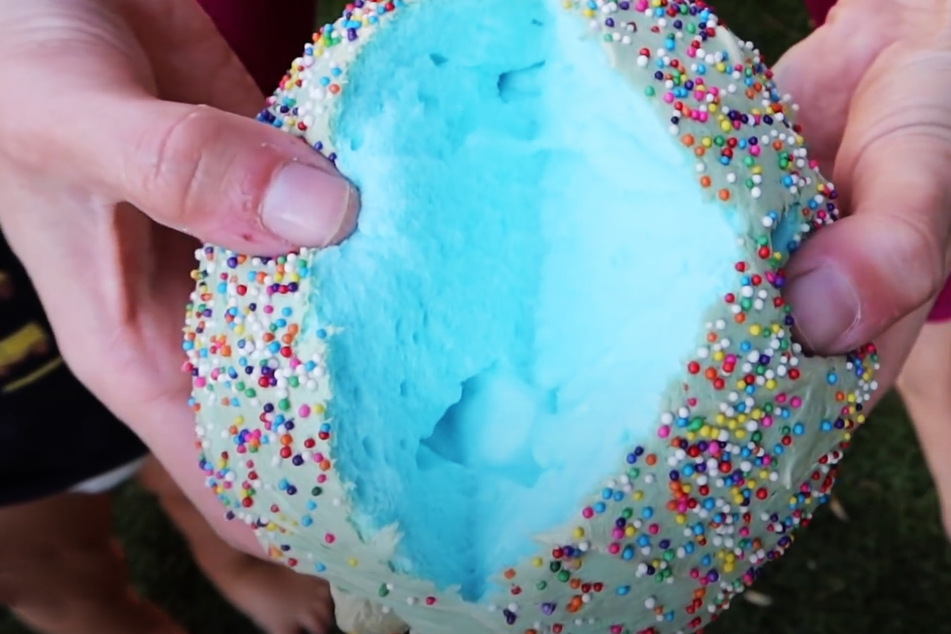 Disgusting, stinky, slimy - but still the trending cake on TikTok!

A blue dough ball is taking over the internet. Cloud bread is all over TikTok, but users say the cake is disgusting, smelly and gooey.

Internet - TikTok is delighting millions of users worldwide - but not so much when it comes to this recipe shared over the app.

Every year, dozens of new trendy dishes are shared over the internet. But while two ice coffee recipes have already done the rounds this year (dalgona!), desserts have been rather neglected so far.

A new recipe posted on TikTok is set to change this. Cloud bread seems easy to bake, which convinced many users to give it a try.

They were sorely disappointed.

It doesn't take much to bake cloud bread. Mix free egg whites, one and a half cups of sugar and four teaspoons of cornstarch and you get bread that looks more like cake.

Here's why Colleen thinks the recipe is "disgusting"

It may look good, but Colleen can't find anything else to like about the cake.

In her vlog, she complains about the terrible smell, the awful taste and the slimy center.

Despite the off-putting smell, Colleen, who has 3.12 million YouTube subscribers, takes a bite - before spitting it out again immediately.

So she decides to put it back in the oven for 10 more minutes.

"Still slimy," Colleen says in her video, "It stinks so bad!"

After a tentative bite, the boy keeps coming back for more of whatever this desert is supposed to be.

Here's how to bake cloud bread

Cloud bread is easy to make.

First, whip three egg whites to stiff peaks. Then add the sugar and the cornstarch. You can also add some vanilla flavor food coloring. Keep until the mixture is solid.

You can shape the raw dough any way you like. Most TikTok users go for a ball or a cloud.