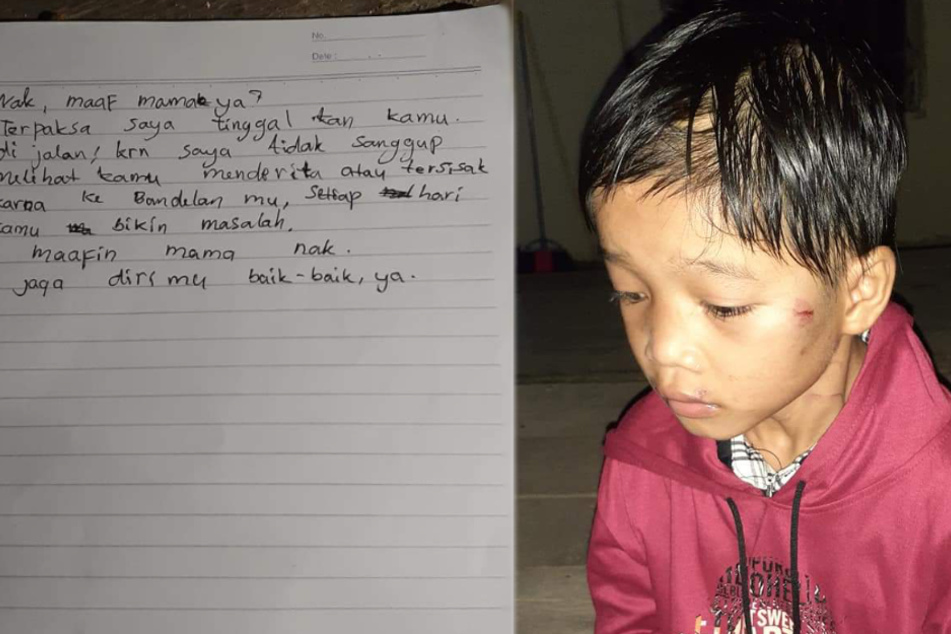 Abandoned for being naughty? Little boy left at gas station with a note

A little boy was abandoned at a gas station holding only a short note that gave an incredible explanation.

Pelalawan, Indonesia - Could any parent be this cruel? A little boy was left at a gas station holding only a short note that gave an incredible explanation.

According to the Indonesian newspaper Kompas, the child is only eight years old and was found at a gas station in Pelalawan region of India, at the end of September. The boy looked terribly sad and he had scratches on his face. But the note he was carrying was even more shocking.

The message was apparently written by his mother, who complained about the boy's misbehavior and its consequences:

"I was forced to leave you on the street, because I could not see you suffering or being tormented because of your stubbornness, every day you create problems. I'm sorry, son. Take care of yourself."

Police were alerted to the case when a heartbreaking photo of the child and the note went viral on Twitter.

After attracting over 60,000 interactions on Twitter, the story reached the Pelalawan police department, which quickly took the boy in and began investigations into his identity. Authorities were soon able to contact his parents, who were called in to explain what had happened.

A police spokesperson told Kompas that "there are indications of violence against the child," before adding that there was still work to be done in finding out all the facts.

Twitter users were scandalized by how the poor boy was treated and some reacted with fury at the parents. One wrote, "Instead of throwing children away, it's better to not have them at all!" Another tried to understand the mother's actions and said she was trying to protect the boy from "torture" at the hand of his father.

In the meantime, child protective services and health authorities are caring for the boy.