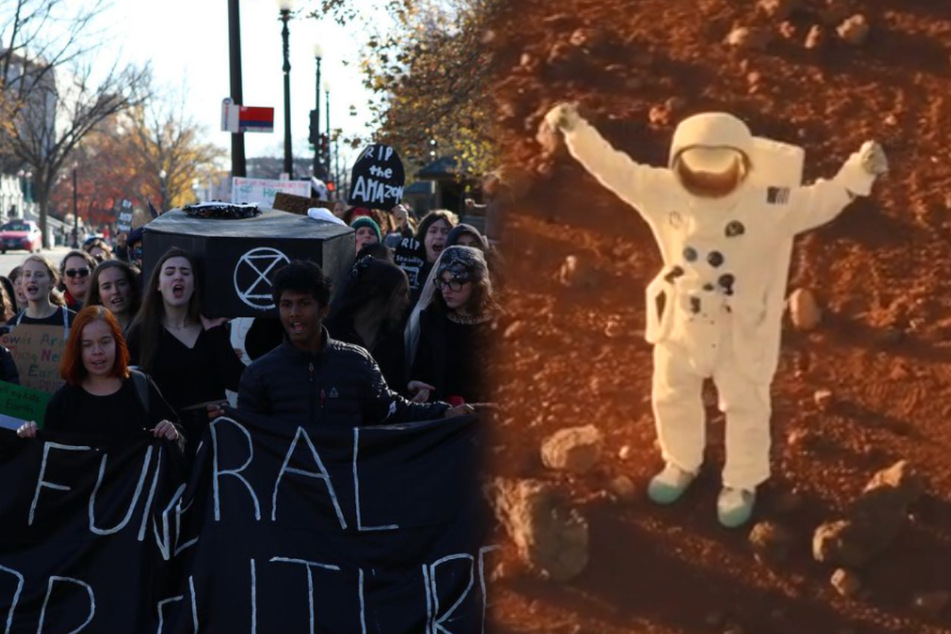 An elaborately produced Mars video by Fridays For Future ironically touts the planet as a beacon of hope for humanity.

Internet – As NASA's Perseverance rover prepared to arrive on Mars, Greta Thunberg's climate change movement Fridays For Future released its own response to the countdown.

The tourism ad is a satirical celebration of Mars as a beacon of hope for humanity.

"After more than 5 million years of human existence on Earth, it's time for a change," a voiceover claims.

The Red Planet's selling points: "no war," "no criminality," "no pandemics," and "no pollution." It is a "new world where we can begin again," the voice continues.

At least, it is for the 1% who can afford to escape Planet Earth. The text below the mock advert bitterly highlights that 99% of the world’s population won’t have the luxury of leaving Earth and the consequences of climate change behind.

"Despite the investment of 2.7 billion dollars, nothing will change for most of us. The other 99% will be left on our dying planet," Fridays For Future wrote.

"Lack of action on climate will continue to privilege the white and wealthy, and disproportionately affect frontline communities. We have resources, if equitably shared, to change the direction of humanity."

The post concludes with a call for action: "We must DEMAND immediate climate action. We must demand carbon taxes, significant investment into the global green revolution, a social and political transformation towards a green economy and equitable society."

The climate activists' message is clear: if you’re not rich enough to start a new life on Mars one day, you’d better start battling climate change on Earth right now.