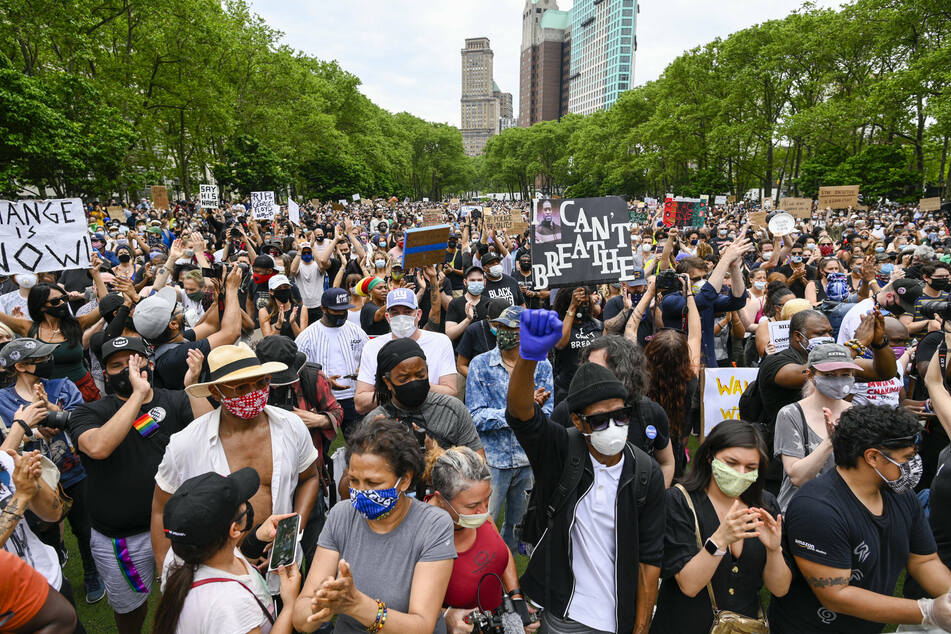 The 75-year-old protester who was shoved to the ground by police officers during a protest against police brutality last year filed a lawsuit against Buffalo.

Buffalo, New York - The 75-year-old protester who was violently shoved to the ground by police officers during a Black Lives Matter protest against police brutality and racial injustice in Buffalo last year filed a lawsuit on Monday against the city, its mayor, and other officials.

In a viral video captured by WBFO from June 4, Martin Gugino is approached by officers during a demonstration. The footage shows the elderly man being knocked down by the cops, falling down and cracking his head on the pavement. As blood is visibly pouring from his ear, officers initally offer no assistance.

Gugino fractured his skull when he fell, his lawyers say. He spent nearly a month in a hospital, according to a statement from Lipsitz Green Scime Cambria, the law firm representing the man.

His lawsuit comes after Erie County District Attorney John Flynn announced last week that a grand jury would not indict police officers Robert McCabe and Aaron Torgalski over the incident. They were charged with second-degree assault after the footage showed them both locking eyes with the victim.

According to his lawsuit, Gugino alleges the officers of "unlawful and unnecessary force" and violation of his constitutional rights, including the right to freedom of movement, peaceful assembly, protest, movement, and unreasonable seizures.