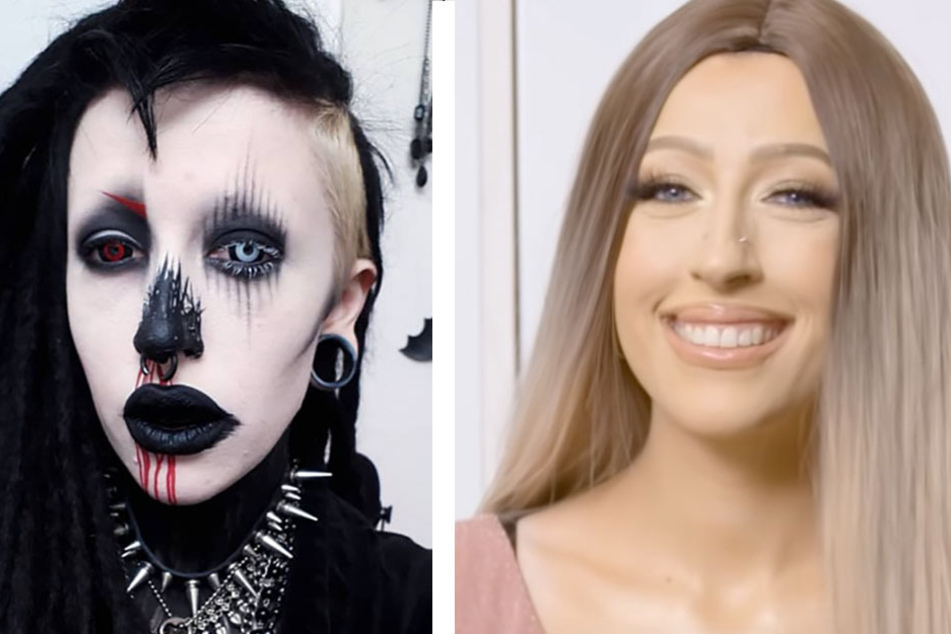 Extreme goth gets makeover and shocks her boyfriend!

Gothic woman tries on the Instagram model look for a change of pace, and immediately regrets it.

Canada - This goth woman stepped out of her comfort zone to transform into an Instagram model, just so see could see what it was like. Spoiler alert – she hated it!

Aryn has been an extreme goth since her middle school days, but she decided to get a makeover to try out a completely different persona – as an Instagram model!

The young woman, who goes by Vamparyn, has been dressing in extreme goth attire and makeup for the majority of her life, starting back when she was 12 years old.

With the help of makeup artist and Instagram influencer Melanie Viger, Aryn went from painted-on blood and different color contact lenses to the typical look of an Instagram model.

In a video posted by the Truly Show, Aryn discussed how she was feeling about the makeover before it began, saying, "I think it'll be really interesting to see myself in an entirely opposite look to my own. I've never done it before, it's so beyond my comfort zone."

The biggest question for Aryn was how her boyfriend Connor and sister Aimee would react to the end look.

The first part if her transformation was giving her something she hadn't had in some time – eyebrows. From there, Viger dolled Aryn up, giving her a sun-kissed look with massive amounts of contour, as well as a wig.

Aryn then traded her black attire and combat boots with spiders in the soles for a sparkly pink dress and clear stilettos, and it was time for the big reveal. Once she saw herself for the first time, her initial reaction was giggly dismay, saying, "Oh my God...eww. No offense, but like, no."

Next on the list to completely shock was her sister and boyfriend. When Aryn stepped around the corner for the big reveal, Aimee and Connor's jaws dropped, expletives were shouted, and Aimee exclaimed, "What! It's like a barbie ate Aryn."

Connor was in just as much disbelief as her sister, saying, "that's so bizarre! We've never seen Aryn with eyebrows."

While she was grateful for the experience to broaden her horizons, Aryn ultimately said there was nothing she would take from the look to incorporate into her own style.