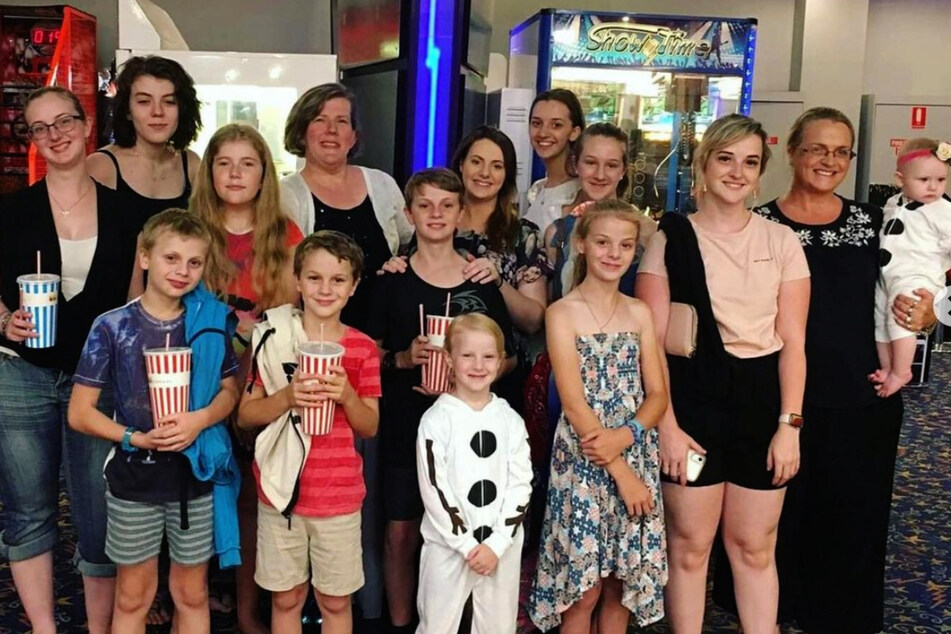 She never wanted to have children – now she has the largest family in Australia!

Jeni and Ray Bonell are the parents of Australia's largest family, even though that was never the plan! In fact, Jeni never wanted children at all.

Queensland, Australia - Jeni and Ray Bonell are the parents of Australia's largest family – but that was never the plan for the record-setting mom.

In a Q&A video on her YouTube channel The Bonell Family, the 51-year-old answered frequently asked questions about her enormous family.

Jeni revealed that when she was younger, she never would have believed she would one day end up being the mother of 16 children.

"I can remember saying to Ray, you know, I'm not interested in having kids. I really just don't want any," she recalled.

He was far from thrilled: coming from a family of six, he wanted to bring at least four children into the world himself.

"And I was like, mm-mm, that's not gonna happen," Jeni said with a smile.

Jeni has been pregnant a total of 23 times so far!

To accommodate her husband, Jeni finally agreed to have one or two children.

As soon as her two eldest were born, the new mom experienced a dramatic shift in perspective: "It opened up my heart to what I was called to do in life. And from there, it was actually me that asked hubby if we could have a third baby."

Having gone through a total of 23 pregnancies in her life, Jeni has unfortunately also suffered seven miscarriages.

"I think the moment you go through a miscarriage, it does change your heart. It does change the way you feel about pregnancy," she insisted.

Instead of letting the tragic losses tear them apart, the miscarriages only brought the family closer together and helped Jeni and Ray appreciate large families all the more.

Jeni couldn't say whether 16 kids is the limit. She wouldn't have a problem with becoming a mother again – in fact, she'd be thrilled about it.

She added, "That's up to God, isn't it? We won't prevent anything. I'll just take the path, whatever he wants to send."

Jeni summed her experiences with parenthood: "We are so joyful with what we have been given. We just love our kids so much. They are challenging at times, and yes, there are struggles. But having been entrusted with the responsibility of raising so many children and so that we can watch them grow and have their own lives and have their own families is just, it's just beyond words."

She added, "I feel so honored to be a mom. I couldn't think of a better path for my life."

More on the topic Family: