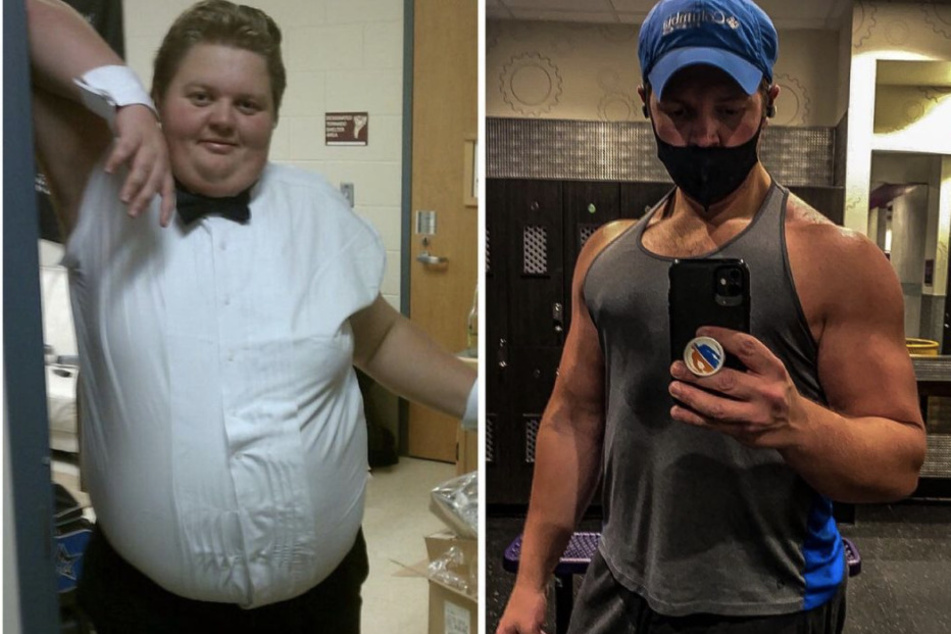 From junk food to fitness dude: man shows off his amazing transformation

A man who was once prediabetic and obese pulls off a 150 lb weight loss, and that wasn't his only accomplishment.

Grand Rapids, Michigan - A former Diet Coke addict decided to change his life at the age of 22, and hasn't looked back since.

This 410-pound man made the decision to respect his body and lose the weight that put him in the pre-diabetic category.

David Roden is a self-proclaimed recovering Diet Coke addict that had no limits when it came to candy, pizza, or soda.

One day, he looked in the mirror and knew he had to change the habits that he said were slowly killing him.

The final push that led him to recreate the life he made for himself came from reading The Compound Effect.

In an Instagram post, Roden said that this book changed his entire perception on weight loss, something he once thought was "so astronomically impossible" to do.

When he saw that he had lost 50 lbs after weighing himself for the first time, he knew he was in it for the long haul.

Lifelong changes one step at a time

In high school, Roden was too big to join the football team, so he spent his Friday nights cheering them on from the sidelines. He was always able to hide his shame behind a smile, no matter how harsh the comments made in his direction were.

His best friend, Phil, said that he admired Roden's ability to brush off the bullying. What he didn't know was how much the insults dug at Roden, and how badly they affected his self-image.

While Roden is all for the body positivity movement that seems to be taking over platforms like TikTok and Instgram, he thinks there's a fine line between celebrating your body and normalizing obesity.

With his newfound love of healthy living, Roden was able to take place in a bodybuilding competition – something he never would've dreamed possible just years ago.