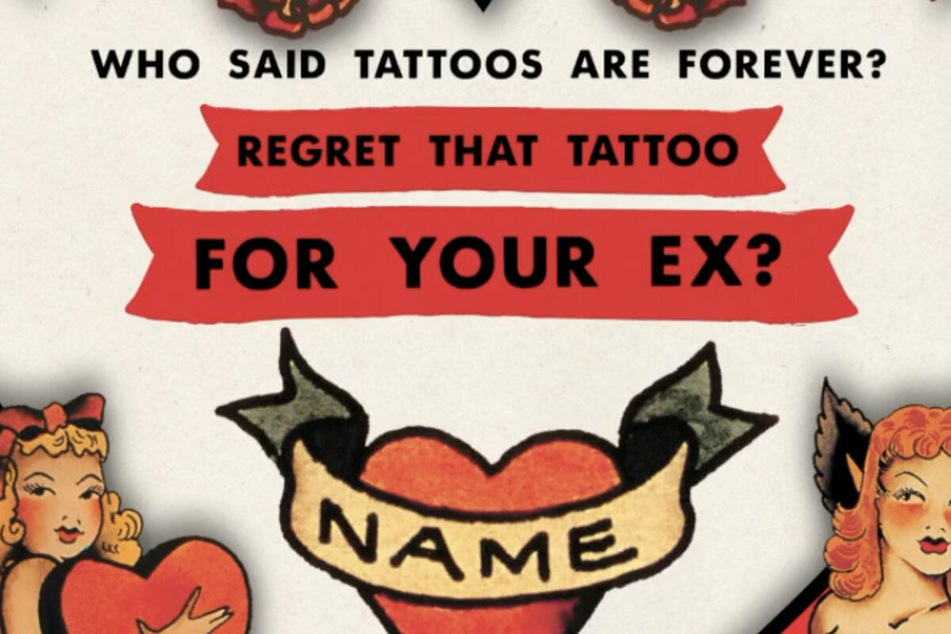 Ghost of Valentine's Day past: rum brand offers to cover up tattoos of exes

This Valentine's Day, Sailor Jerry rum is helping people remove any traces of their ex on their bodies.

US Virgin Islands - Sailor Jerry is offering up tattoo cash for anyone who's ever made the mistake of getting their former lover's name inked up on their body.

Everyone knows someone who's gotten a tattoo dedicated to their ex and has been forced to live with it since. This Valentine's Day, Sailor Jerry wants to help people erase their permanent memories of the past, and they're even holding a contest to pay for it!

The rum brand announced the contest with a video on its Instagram where they'll be giving out $200 in tattoo cash as a part of their We'll Cover That For You contest.

Winners can get their regretful ink covered by the artist of their choice.

The one stipulation for the contest is that the winners will have to use a Sailor Jerry tattoo design as their cover-up.

Those who want to enter the contest have to make a post on Instagram showcasing their "sorry ink". They will pick two posts at random and share them on their story. Whichever tattoo gets the most votes after 24 hours will win the voucher.

The brand's affinity for tattoos comes from the man who inspired the rum – Norman "Sailor Jerry" Collins, a Navy vet that became famous for tattooing soldiers and sailors in Honolulu in the 1930s, and the years after.

The contest is now open and running on the Sailor Jerry Instagram page, and will run up until Valentine's Day.