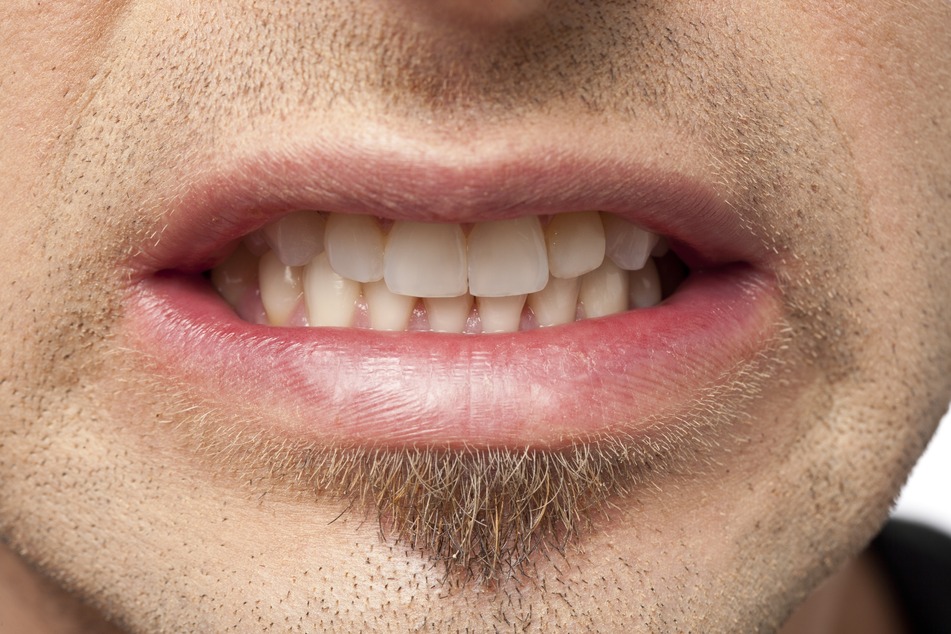 Stress from Covid-19 leads to surge in teeth grinding

The pandemic has significantly worsened one of the most common reactions to stress.

Philadelphia, Pennsylvania - When Kate Faith was laid off in March at the start of the coronavirus pandemic, her stress levels skyrocketed. She worried about making ends meet as a single parent to her 1-year-old daughter and about her family and friends catching the virus.

The 37-year-old's sleep worsened, and the additional stress caused Faith's longtime habit of grinding her teeth and clenching her jaw to intensify.

"I've been dealing with clenching my jaw and grinding my teeth on and off since college, but because I have a night guard, I usually just work through it," said Faith, who lives in South Philadelphia. "But in March, things just got so much worse. I never thought I would do so much damage to my teeth."

Dentists around the country say they've seen a surge in excessive teeth grinding or clenching, known as bruxism, since the pandemic began. Chronic teeth grinding wears down enamel, the outermost protective layer of the tooth, resulting in teeth fractures, or even loss of teeth in serious cases. It can also cause muscles around the jaw to ache.

Many dentists attribute the recent surge in bruxism to increased stress, which has been linked to bruxism in a number of studies, though not as a direct cause.

The increase did not come as a surprise to Thomas Sollecito, chair of oral medicine at the University of Pennsylvania School of Dental Medicine.

"I would be surprised if there wasn't an increase," he said. "The stress and distress of the world's events will affect things like sleep and someone's clenching and grinding. If we're constantly under that duress, the frequency and intensity of clenching and grinding is just going to continue."

The most common thing people might notice if they're grinding or clenching their teeth excessively is a tension headache, which can feel like dull pain or pressure across the forehead or in the back of the head, Sollecito said. Specifically, the overuse of muscles that close the jaw can cause temporal headaches, which are felt in the temples on the side of the head.

"People may also notice more discomfort with normal activity," Sollecito said. "They might feel pain even if with routine chewing because their muscles have undergone more 'exercise' by clenching and grinding."

Although Jennie Spotila had been struggling with the effects of bruxism over the last few years due to increased stress from personal issues, she said the pandemic made the issue significantly worse. Right before Covid-19 closed dental offices, Spotila, a 52-year-old disability activist living in Montgomery County, got a temporary crown because she broke a tooth from grinding.

"I was afraid to go to the dentist again, so I didn't go back until June to get the impression taken for the permanent crown," Spotila said. "And in the meantime, I had cracked another tooth, within the first few months of the pandemic. My dentist jokingly asked, 'Have you been under a lot of stress?' and I thought, 'Um, yes.'"

She got a night guard, based on her dentist's recommendation, and started wearing it while she slept to reduce the grinding. But Spotila said that she now catches herself grinding or clenching or teeth during the day as well.

"I just try to stop and consciously relax the jaw," she said. "I know that this issue is stress-related. I never ground my teeth before, ever, until the last couple of years."

Excessive teeth grinding can also be caused by poor diet

Hai Qing, a dentist who practices in Bucks County, said he's seen a handful of patients come in recently with joint issues, a sign of excessive teeth grinding or clenching. Qing recalled one patient who, after being asked to take on more responsibilities at work during Covid-19, broke her night guard from excessive grinding.

Qing said it's important to check patient's saliva for acidity as it can exacerbate bruxism.

"Bruxism causes more severe damage when the saliva is acidic in a short amount of time," he said. "We try to control that by looking at their dietary habits and making adjustments. We also want to make sure the patients don't have any fragile or weak teeth, so we can protect those as well."

When Faith saw her dentist in April, she mentioned that her grinding had gotten worse. Her teeth were starting to develop sharp edges on the side because she had ground down the centers. She was given a prescription for an anti-inflammatory, which was supposed to alleviate the pain. But things didn't improve.

"When I saw my jaw and migraine doctor in June, I told him I couldn't take it any longer," Faith said. "I would wake up in the morning and my jaw would be throbbing from grinding all night long, even though I wear my night guard to protect my teeth."

She eventually scheduled a temporomandibular joint (TMJ) arthroscopy, a surgery that relieves pain and restores the jaw's full range of motion, at Thomas Jefferson University Hospital at the end of September. Faith said that she's also hoping to get acupuncture for her jaw, a treatment that has relieved her pain in the past, once she finds a new job.

"I feel better but my stressors haven't really subsided yet," Faith said. "I'm still in the circumstances I was in March. I need to find a way to manage the stress, but I don't know how to keep this from happening over and over at night until things are better."