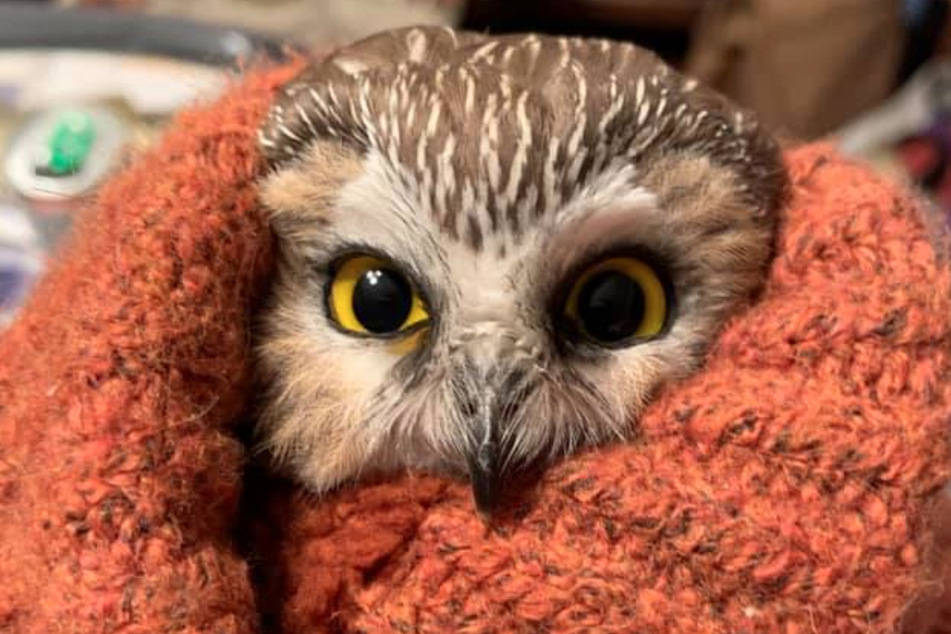 What a hoot: the Rockefeller Center Christmas tree had an adorable surprise in it!

The workers in charge of transporting and setting up the Rockefeller Center Christmas tree found an adorable surprise nestled in among the branches.

New York, New York - This year's Rockefeller Center Christmas tree might have looked like it could do with some sprucing up when it was unveilled on Tuesday. But there's a lot more to it than meets the eye!

When the workers in charge of the transportation unloaded the tree, they found an adorable, wide-eyed surprise waiting for them among the branches.

It turns out the evergreen already had a resident: a tiny owl who was probably as confused as everyone else after making the journey to Manhattan's bustling center.

The bird was found unharmed, which is in itself remarkable, given that it had just spent the whole 170-mile trip from Oneonta, New York, in the back of a truck.

One of the workers contacted the local Ravensbeard Wildlife Center, who later identified the little hitchhiker as a Saw-whet owl, one of the smallest species of owls in North America.

The center published photos of the owl – which has been appropriately dubbed "Rockefeller" – staring out of a box with its huge eyes and wrapped up snugly in a scarf.

" It had been three days since he ate or drank anything. So far so good, his eyes are bright and seems relatively in good condition with all he’s been through" the Facebook post said.

Rockefeller is on his way to a full recovery and has already found a new permanent home at the Ravensbeard Wildlife Center – one that he's far less likely of being uprooted from!